Phil Leadbetter And The All Stars Of Bluegrass New Single 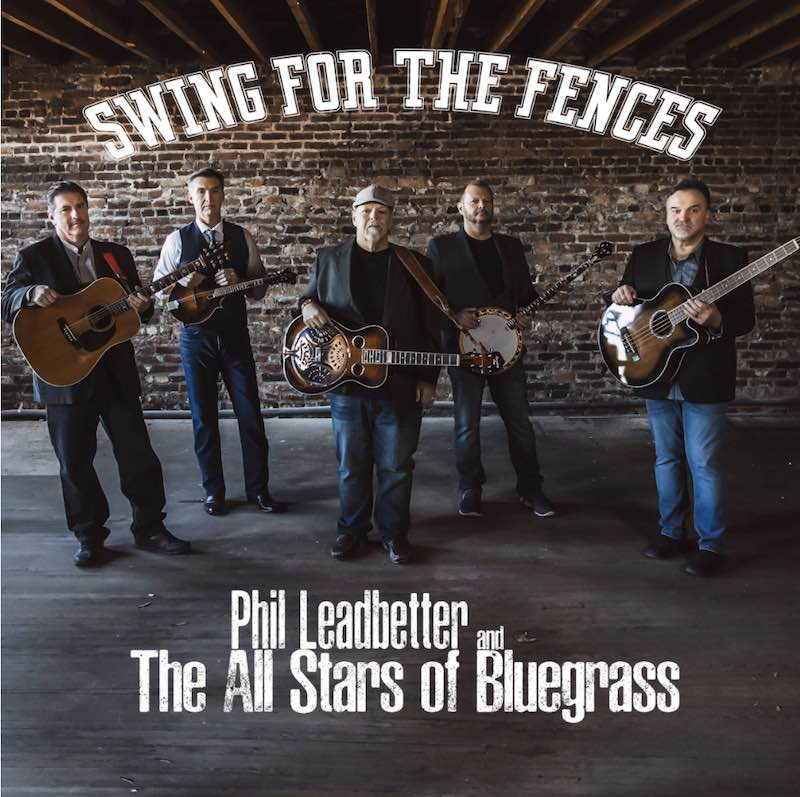 Phil Leadbetter And The All Stars Of Bluegrass are moving full steam ahead with the release of their brand new single, One Way Rider. The upbeat track serves as the latest taste of what fans can expect from the new album Swing For The Fences, to be released on 25th on Pinecastle Records. Joining Leadbetter in an all-star lineup is Steve Gulley  on bass, Alan Bibey on mandolin, Robert Hale on guitar and Jason Burleson on banjo.

You can preview, download and stream One Way Rider from this link.

The title One Way Rider may sound familiar to some music enthusiasts, with the song having been previously recorded by industry legends like Johnny Cash (with June Carter Cash) and Ricky Skaggs. However, the band delivers it like never before, giving the Rodney Crowell written hit new life with its fast-paced instrumentation. Joining the group on the track playing fiddle is Stuart Duncan. One Way Rider features members Bibey, Hale and Gulley providing vocals, which shine from start to finish.

Over the last year, the band has slowly rolled out two other singles while they were finishing up recording Swing For The Fences. One of them is I Wanna Go Back, which is a song that was written by, and features Country hitmaker Steve Wariner. It picked up a great deal of steam, spending multiple weeks charting on the Bluegrass Today Weekly Airplay Chart, charging into the Top Five. The lead single, Ain’t No End To This Road featured lead vocals from Robert Hale, and turned several heads. Another key track that Bluegrass fans have to look forward to is The Hurtin’ When You Go which has already gone Top 15 at radio prior to being released.

One of the biggest inspirations for the collection comes from band leader Phil Leadbetter’s recent battle with cancer. This past year, the artist was awarded (for a third time) IBMA’s coveted 2019 “Resophonic Guitar Player of the Year” award. However, his greatest achievement came when he recently became a 5-time cancer survivor. The road to recovery served as a driving motivation to complete and release the record. The world-class musician was also recognized earlier this year, when he was awarded SPBGMA’s “Dobro Player of the Year.”

Combined, Phil Leadbetter And The All Stars Of Bluegrass bandmates are nominated for a total of six IBMA Awards. These include individual instrumental categories from Leadbetter for “Resophonic Guitar Player of the Year,” while Alan Bibey is up for “Mandolin Player of the Year,” which he won in 2019. As it gets closer to the release of Swing For The Fences, keep up with all things Phil Leadbetter And The All Stars Of Bluegrass by visiting their website. Stay tuned for more exciting news to come!

Swing For The Fences Track Listing: