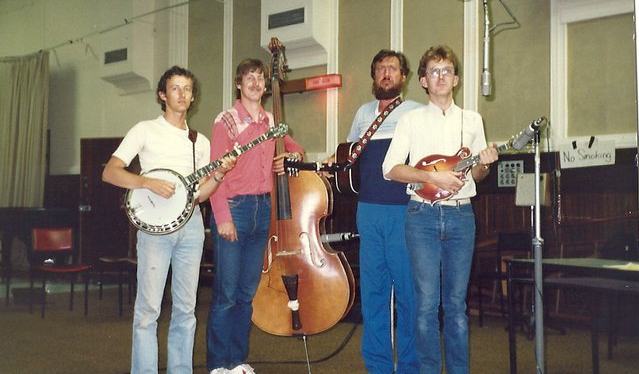 We have just added Peter Somerville to the Australian Bluegrass Profiles website.

Peter was born in Melbourne, Victoria where he still lives. He was a comparatively late starter as a musician, taking up guitar at 20 years old. It was not long before he heard the bluegrass records, Old and in the Way and Bill Monroe Live at Bean Blossom Festival and got hooked on learning the banjo. Peter spent many hours slowing records down to work out what notes were being played.

A few months later Peter had formed his first  bluegrass band with some friends and they called themselves, Highly Strung. In the early 1980’s had also joined the Blue Mountain String Band which was based in Geelong and they played many pubs and private functions. They also played a variety of music from bluegrass and country to pop songs, as well as a bush band repertoire for dances.