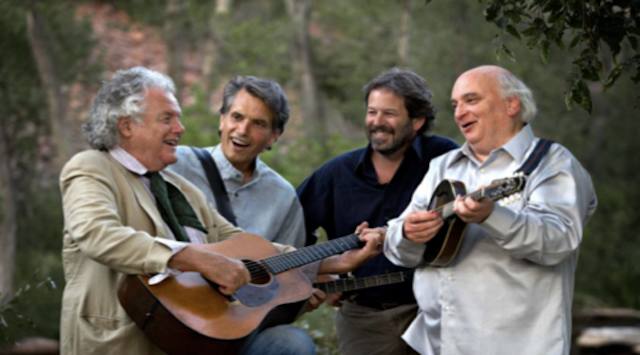 The Strzelecki Stringbusters have proudly announced that as part of his 2012 Australian tour, Peter Rowan and his Bluegrass Band will be performing in Yinnar on Sunday March 25th.

As a house-hold name in US bluegrass circles, Peter Rowan’s legacy to the genre is still being written, but rest assured that after more than 40 years of touring, writing and recording, his shadow is cast across every musician and lover of bluegrass music around the world.

In a departure from their usual end of month pub show, and to utilise an under-used facility, The Stringbusters are holding the show at the Yinnar Community Hall. A twilight event, the 6:00pm show will be preceded by a 5:00pm free community BBQ and town reception for Peter and the band.

All patrons are invited to bring BYO drinks and nibbles for consumption during the show. Tables of up to 10 are available.

Another progressive step for the Stringbusters for this event will be ticketed seating. Tickets are strictly limited, and bookings are essential, and can be made through the Webticketing Website.

The red carpet is being washed, the main street vacuumed, and the Stringbusters have promised to behave. Let the show being….!