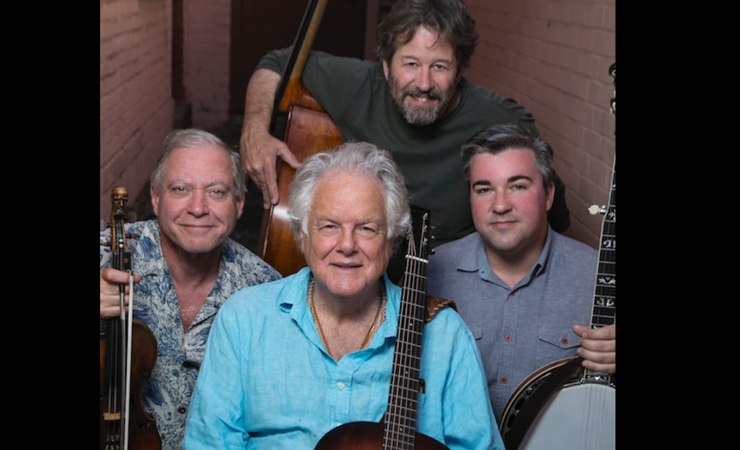 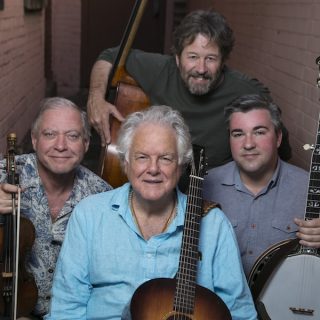 Peter has also been invited to join the Ralph Stanley Tribute at the Grand Ole Opry next month with John Cowan, Lee Ann Womack, Rob Ickes, Blue Highway and more.

Peter Rowan – guitar, vocals:
Grammy-award winner and six-time Grammy nominee, Peter Rowan is a bluegrass singer-songwriter with a career spanning over five decades. From his early years playing under the tutelage of bluegrass patriarch Bill Monroe, Peter’s stint in Old & In the Way with Jerry Garcia and his subsequent breakout as both a solo performer and bandleader, Rowan has built a devoted, international fan base through his continuous stream of original recordings, collaborative projects, and constant touring.

Paul Knight – bass, vocals:
Paul Knight has been playing with Peter Rowan in various configurations for over 15 years. His driving acoustic bass has been part of recordings and live performances with a wide range of musicians including Jim Lauderdale, Laurie Lewis, and Crooked Jades, Paul is host to his own music series, Paul Knight & Friends, in his hometown of Pt. Reyes Station, CA. Several projects & bands have emerged from these shows including The Peter Rowan Bluegrass Band.

Blaine Sprouse-fiddle:
Originally from West Virginia, Blaine Sprouse took the music cue from his father, a clawhammer banjo player who taught Blaine guitar chords at age six. Before turning eighteen, Blaine fast-tracked his professional career by joining Jimmy Martin as a Sunny Mountain Boy, touring the United States and Japan. After a move to Nashville, he left Martin to fiddle for Bill Monroe’s son James in the Midnight Ramblers. Much in demand as sideman and session player, Blaine toured and recorded with a stunning array of other famous bluegrass and country artists, among them, Charlie Louvin, Jim and Jesse and the Virginia Boys, and the Osborne Brothers. After the release of three critically acclaimed solo recordings, Sprouse produced Indian Springs, a twin fiddle album with Kenny Baker on which they exhibit intuitive chemistry. Also a gifted mandolin and guitar player, Sprouse is at home in bluegrass, blues, swing, jazz and folk.

Patrick Sauber- banjo, vocals:
Patrick has been playing old-time, Cajun, and bluegrass music ever since he can remember. His introduction to performing came at the knee of his father, old-time master fiddler and claw-hammer banjo player Tom Sauber, a stalwart of the traditional music scene in Southern California. Patrick’s first gigs found him playing triangle, and, at 10 years old, he was playing accordion in a Cajun band with his dad. Under the guidance of his father (with whom he still performs), Patrick has developed a keen ear, unusual depth to his playing, technical expertise, and an encyclopedic knowledge of traditional music forms that is rare in one so young. Patrick has recorded or performed with many artists, including Doc Watson, Herb Pedersen, Weird Al Yankovic, The Limeliters, Richard Greene, Christ Stuart & Backcountry, Dirk Powell, and many others. In 2003, Christopher Guest asked Patrick to be the banjo player in The New Main Street Singers in the folk-music satire movie, A Mighty Wind. Patrick also played on the soundtrack CD and toured with the film’s cast. A formidable talent on banjo, Cajun accordion, mandolin, and guitar.

Patrick is the kind of guy who could probably get music out of anything he puts his hands on – Laurie Lwewis.