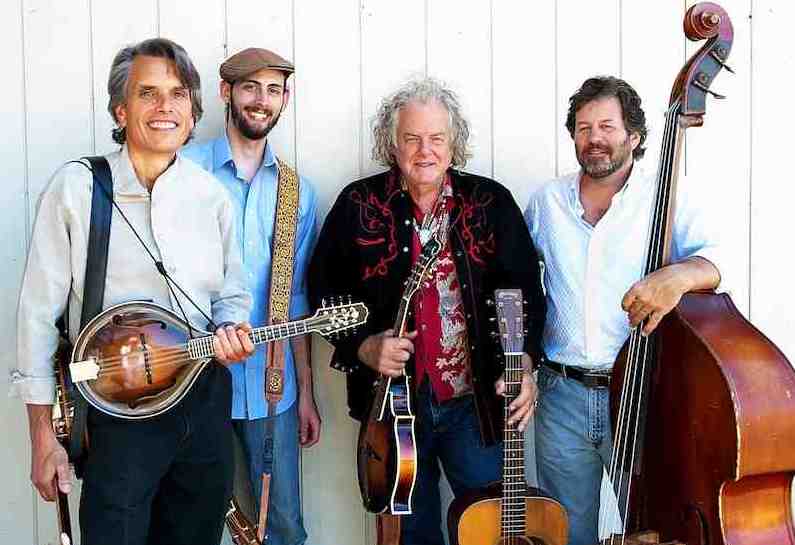 There’s an exciting time ahead for Australian Bluegrass fans. Peter Rowan is touring this year with one of the hottest lineups playing 13 dates across New South Wales, ACT and Victoria.

Grammy-award winner and six-time Grammy nominee, Peter Rowan is a bluegrass singer-songwriter with a career spanning over five decades. From his early years playing under the tutelage of bluegrass patriarch Bill Monroe, Peter’s stint in Old & In the Way with Jerry Garcia and his subsequent breakout as both a solo performer and bandleader, Rowan has built a d

evoted, international fan base through his continuous stream of original recordings, collaborative projects, and constant touring.

Since Mike Munford began touring with rising bluegrass star Frank Solivan and his band “Dirty Kitchen”, listeners around the country are finding out what fans and pickers in the Washington-Baltimore area have known for years. This is one amazing banjo player. Previous to working with D.C. based Solivan, Mike played banjo with the Mark Newton Band and recorded two albums with them. Among the artists Mike has worked with as a freelancer are Tony Rice, Tony Trischka (Mike was one of the few banjo players that Trischka tapped for his “Double Banjo Bluegrass Spectacular” tours), Dede Wyland , Lynn Morris, Larry Rice, Valerie Smith, and Frank Wakefield. He has backed up Peter Rowan many times since the 1980s, and played on Rowan’s Grammy-nominated “Bluegrass Boy” album in 1996.

Paul Knight has played with Peter Rowan in various configurations for over 15 years. His driving acoustic bass has been part of recordings and live performances with a range of musicians including Jim Lauderdale, Laurie Lewis, and Crooked Jades, Paul is host to his own music series, Paul Knight & Friends, in his hometown of Pt. Reyes Station, CA. Several projects & bands have emerged from these shows including The Peter Rowan Bluegrass Band.

Growing up the youngest of five in a musical and artistic family in the suburbs of Los Angeles, Michael found his voice playing the dobro at the age of fourteen. In less than a year, he was playing with his father Dennis, and brother Gabe in their Bluegrass band, “The Witcher Brothers”. Michael has recorded or toured with Dwight Yoakam, Fernando Ortega, Laurie Lewis, Tyler Hilton, John Paul Jones, Sara Watkins, The Gibson Brothers, Dolly Parton, Joan Osborn, Willie Watson (Old Crow Medicine Show), and Chris Jones among others. Known for his rich tone and lyrical phrasing, Michael is also a highly sought after instructor.

Peter Rowan Bluegrass Band is touring exclusively with Across The Borders. Touring Agency