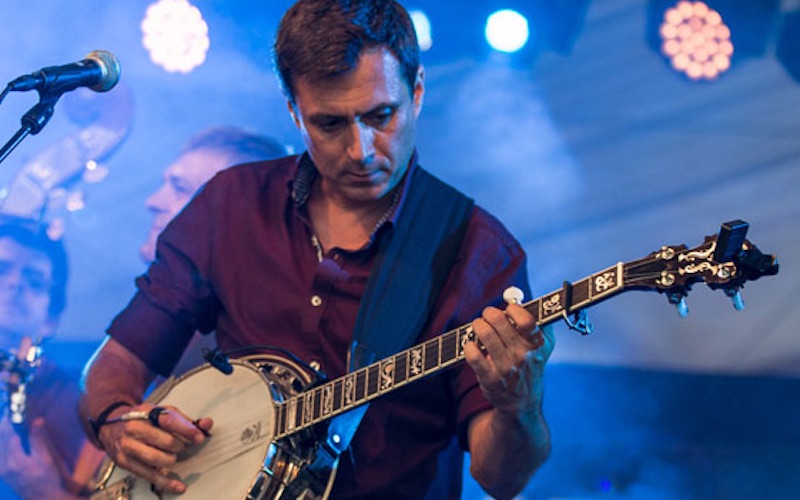 André Dal is a well regarded banjo player from Lisbon, Portugal. He and his band Stonebones and Bad Spaghetti have performed around the European bluegrass scene for many years to promote bluegrass music in their homeland at every opportunity. 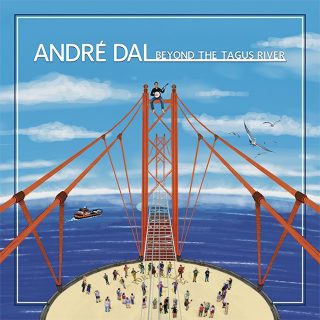 After being diagnosed with focal hand dystonia, an affliction that causes many musicians to have to retire, André refused to let it beat him and he adjusted his right hand technique to compensate for the loss of use in his index finger. That was over ten years ago and in 2013, knowing things would gradually deteriorate, and with his ongoing desire to promote bluegrass in Portugal, he started to work on a project called Beyond the Tagus River.  A project that has taken some eight years to complete, he gathered some of the finest bluegrass musicians from Europe, USA and even one from Japan to join him in this very personal endeavour, to be released this month

The album features traditional American music, including traditional tunes, and original tunes which he has composed over time, and feature a Portuguese influence

With the collaboration of 16 musicians from 10 different countries, Beyond the Tagus River is a bridge between continents, between the past and the future, that unites through the friendship of all who love this style of music.

Guest Musicians on Beyond the Tagus River:

Andre Dal is a wonderful banjo player who happens to live in Portugal, an area rarely, if ever, known as a hotbed of Bluegrass music. Not just a one trick pony, his hard driving style is richly varied, all the more impressive for being so distant from the fulcrum of this music that resides in the southern American states. Andre’s kaleidoscopic approach to the banjo encompasses melodic (fiddle tune) style, Scruggs, and jazzier feels, and is, for me, the anchor of the project.
Andre has gathered together 15 other like minded musicians from ten different countries to fill out this impressive album. The Dobro work and fiddle playing are virtuosic. The mandolin and guitar picking are equally engaging and carry many of the tunes with aplomb. The material ranges from Bill Monroe’s compositions Jerusalem Ridge and the high powered Rawhide, to swingier fare such as Little Rock Getaway and Lady Be Good. A fiddle tune original, inspired in the iconic Fisher’s Hornpipe, is also included to allow the participants to flex their musical muscles in that traditional realm.
All in all, this is a fantastic project, worthy of many repeated listenings. Beyond the Tagus River is a global potpourri of acoustic excellence. Thank you Andre for this gift – Tony Trischka