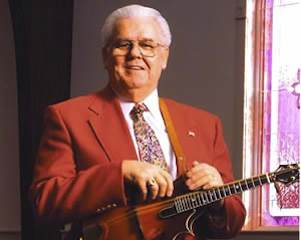 Bean Blossom has announced Paul Williams as is this year’s inductee into the Bluegrass Hall of Fame taking place Saturday, 22nd September, 2012.

Paul’s legendary career began with The Lonesome Pine Fiddlers in the 1950s. He then went on to become one of Jimmy Martin’s Sunny Mountain Boys in the late 1950s and early 1960s. In August of 1963, Paul retired from the Bluegrass circuit, but continued to write songs and play in churches and radio broadcasts for the next thirty-three years. In 1995, Paul formed the Victory Trio with the band’s big break coming with their 2000 Grammy nomination for their album, Old Ways & Old Paths that was re-released on Rebel Records. Paul Williams and the Victory Trio have continued to release great bluegrass gospel albums throughout the years and have garnered numerous other awards and nominations throughout their impressive career.

Each festival ticket includes: admission to the Bluegrass Hall of Fame, Country Star Museum and Uncle Pen’s cabin tour, plus all music and instrument workshops. There will be plenty of food concessions and merchants. Bring your lawn chairs and enjoy the fun. Shows take place rain or shine.

Now in its 38th year, Bean Blossom is one of the oldest bluegrass festivals in the world. One of Bill Monroe’s role models was his fiddle playin’ Uncle Pendleton Vandiver, whom he paid tribute to in the hit song Uncle Pen. Bill created the honorary Bluegrass Hall of Fame & Uncle Pen Days festival to not only honor is Uncle Pen, but to pay tribute to those he felt made contributions to bluegrass music.