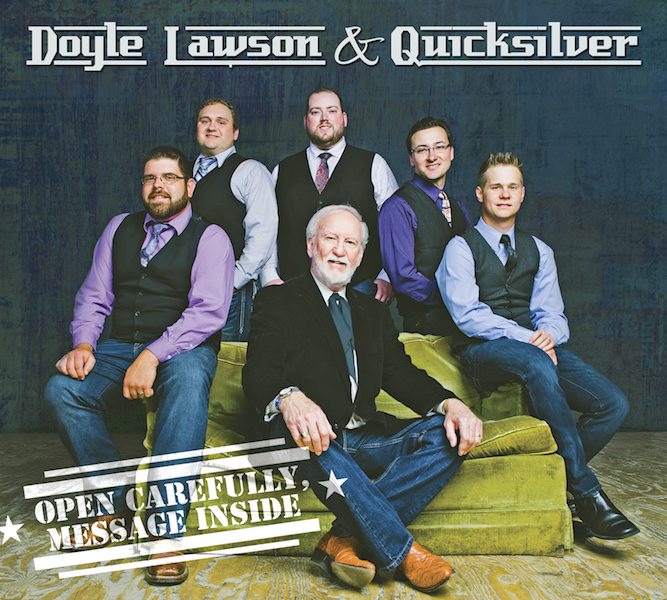 On the heels of his recent win at the 22nd Annual Diamond Awards as Bluegrass Gospel Artist of the Year, Doyle Lawson is releasing his latest album Open Carefully. Message Inside. The all-Gospel release includes Lawson’s talented line up of players and singers that collectively are known as Quicksilver.
Since forming his own band thirty-five years ago, Open Carefully, Message Inside will be the 36th album Lawson has released. It is also his 20th Gospel record, reaffirming his deep passion and love for Gospel music and the messages found in its songs.

The idea for the title came to me while driving from Bristol, Tennessee to Asheville, North Carolina for the CD cover photo shoot. I have always believed that the songs must have a message – something to say and not just rhyme – and I really feel that these eleven songs do just that. More than anything, I hope they touch your heart in a way that won’t ever leave you in your walk through life. May the Lord bless you all now and forever. — Doyle Lawson 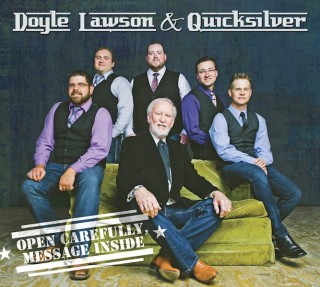 Doyle Lawson & Quicksilver are incontestably some of the most impressive vocalists and instrumentalists in the business. From eloquently delivered A Cappella songs like “I Sailed Back” and “He’s in Control” to classic driving Bluegrass numbers like “Will You Go,”  This new album is full of the power and sentiment that has trademarked every DL&Q release over the last three and a half decades.

Doyle Lawson & Quicksilver have nearly forty albums to their credit, are seven-time IBMA Vocal Group of the Year winners, and have multiple Grammy, Dove, ICM, IBMA, and SPBGMA Award nominations. Lawson is reigning SPBGMA Mandolin Player of the Year, and was inducted into the International Bluegrass Music Hall of Fame in September 2012 at the Ryman Auditorium. Lawson’s band were 2012 ICM Vocal Group of the Year, and are just coming off a recent prestigious Dove nomination and two Inspirational Country Music Association nominations.