One Up Two Down Tour 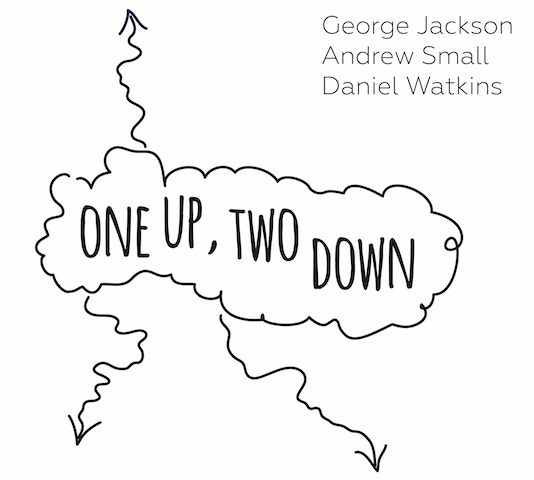 One Up Two Down hail from three countries joined by the Pacific Ocean, George Jackson (NZ), Andrew Small (USA) and Daniel Watkins (AUS) bring together raw old-time power, bluegrass dexterity and folk story telling. This trio draws on a strong grounding in old-time and bluegrass music, extending their music to new compositions with far wider influences. These three lean lads are armed with some exciting music, which they recently recorded in Nashville Tennessee and have just released this music on their debut EP.

Andrew is a North Carolina native Double Bassist, Yale School of Music masters graduate who is immersed in the American Old-time and Bluegrass music scene. George is the 7th generation in a line of New Zealand fiddlers dating back to the first settlers. Daniel Watkins is a strong vocalist and encyclopedia of songs which he masterfully flat-picks on his guitar hailing from Newcastle. George and Dan are the back to back winners of the Australian Youth Bluegrass Scholarship (2012, 2013).

Oh Pep! are musical explorers who travel in the form of a band; a collaboration between songwriters Olivia Hally (guitar, vocals) & Pepita Emmerichs (fiddle, mandolin). Drawing upon their escapades, they take you on a carefully arranged folk/pop adventure for your ears.

Originally based in Melbourne, Oh Pep! have travelled endless kilometers performing their songs and when they’ve been stationary their songs have travelled further via the airwaves of national radio. It was just last year that Oh Pep! were featured on Amrap’s AirIt Great Southern Charts ‘Top Ten Tracks Most Ordered For Airplay’ alongside Sarah Blasko, Boy & Bear and Kutcha Edwards.

After launching into the Australian music scene with their first EP, they spent a week by the beach recording with ARIA-Award Winner and CMAA Producer of the Year, Shane Nicholson and have since launched their second EP, II, with a national tour. Now joined by accomplished musicians, Justin Olsson (drum kit) and international guest, Andrew Small (double bass), Oh Pep! will have you travelling far & wide for a sometimes foot-stomping, somewhat heartbreaking show.