Oh Brother Where Art Thou? At The Vanguard 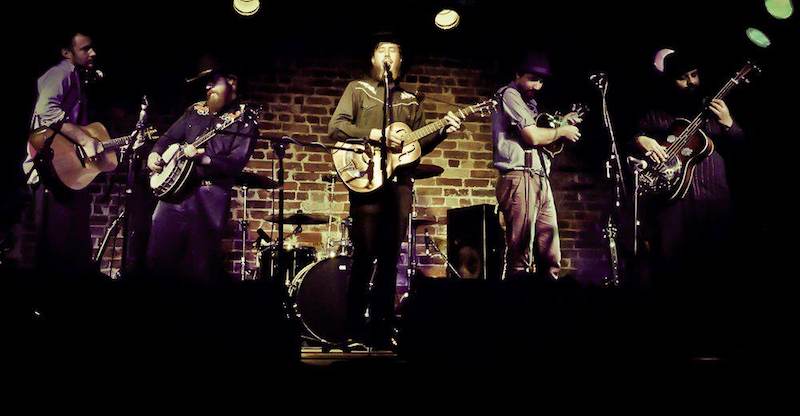 Much of the current interest in and popularity of the recent folk revival can be traced back to a singular point: the 2000 Coen Brothers depression era film O Brother Where Art Thou?. The film, based on the story of Homer’s The Odessey,  has enjoyed immense success as a movie. So too had the sound track with, producer T Bone Burnett taking bluegrass, country and old time music and presenting it to a movie audience all of whom lapped it up with gusto. The CD returned significant sales, outselling many commercial CD’s while having no commercial radio air play.

For two nights Sydney own bluegrass sons, Bellyache Ben & The Steamgrass Boys will be hosting a very special tribute to this amazing music where they will be joined by some of the finest singers and pickers Australia has to offer in contemporary folk, country, pop, jazz, and alternative music.

Felicity Urqhart, the darling of Australian country music, is a multiple award-winning singer/songwriter. She was nominated for and Aria Award in 2009 and was the 2010 Female Artist of the Year at the CMAA (country music awards Australia).

Blues belter Christa Hughes has been an entrenched icon of music around these parts for years, having both wowed and shocked audiences with her many cabaret/burlesque type shows, fronting Machine Gun Felatio, and of course performing with her Father, Australian Jazz Legend, Dick Hughes.

Elana Stone has been described as “one of the most impressive singing voices in the country” (John Bailey, Sunday Age), and is a multiple award winner herself. As well as performing with artists such as Washington, Holly Throsby, Jackson Jackson, Bluejuice and Kate Miller Heidke, she also fronts the Rescue Ships, The Green Mohair Suits and her own Elana Stone Band.

Hailing all the way from Canada, Brian Campeau has spent the last half a decade or so firmly establishing himself as force to be reckoned with in Australian alternative, folk, and popular music. His projects are vast and many, including the bluegrass/country outfit the Green Mohair Suits, the sublime indie pop music of the Rescue Ships to the in your face cock rock of Jimmy Swouse & The Angry Darts.

Aside from his astonishing singin’ and fiddlin’, George Washing Machine is a genuine renaissance man. He plays any instrument with a string like he came out of the womb with it, he has been a host at Jazz in the Domain, Darling Harbour and Thredbo Jazz Festivals, composed for music for film, radio, television and theatre, as well as sought after actor.

Hailing from the Blue Mountains and described as “Sydney’s best kept folk secret” (Timber & Steel), Bellyache Ben & The Steamgrass Boys deliver high energy bluegrass and original Australian folk music. Spinning tales of hard livin’, sour women, pickin’ and singin’ with banjos ringin’. In the short time they have been together they have taken the Australian bluegrass and country scene by storm and will be hitting the festival circuit this year. “Aside from the thrashing they give their instruments, the real attraction comes from the vocal chutzpah. Five harmonies of unwavering tunefulness and genuine soul” The Brag.