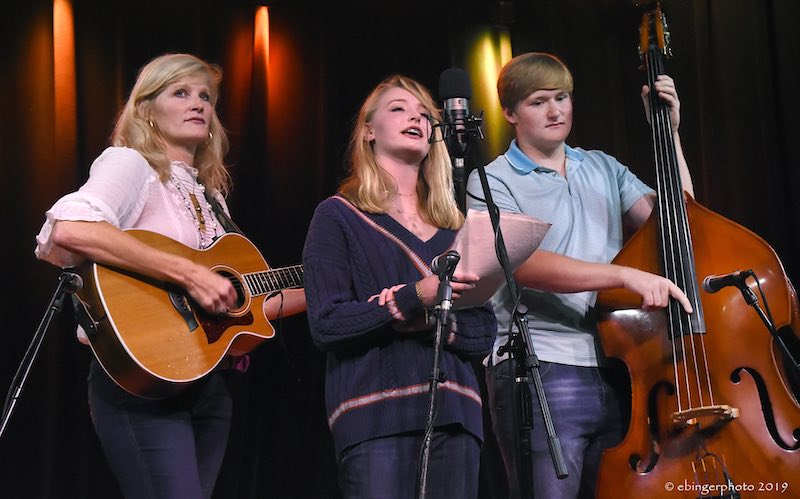 Ogden Heart Releases an Eclectic Mix of The Traditional and Contemporary

Caine is a seasoned musician, starting her career with the country punk band in South Carolina. Twelve albums and a family later, Ogden Heart is in some ways is her magnum opus, a ladder out of a well of grief that resonates with roots in southern regional culture and musical progression. A Virginia native, Katherine Caine raised her kids in southeastern NC where the rural, agricultural area inspired many of her songs, Whiteville and Tobacco and Dust , two of her most noted. Caine trained her kids to sing and play and raised them in an extremely artistic household where literature, music, sports and philosophy were embraced.

Evans Humphreys on bass is exceptional and his smooth harmonising brings to mind Crosby Stills and Nash. Isabel Humphreys’ voice is haunting and sublime and coupled with her poetic lyrics, are reminiscent of Joni Mitchell and Alison Krauss. 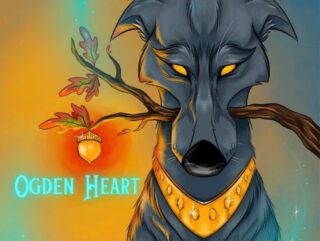 This is not your typical family bluegrass band. Isabel and Evans were exposed to all types music growing up and blend that exposure in the music they perform. Evans plays in several blues and funk bands at NC State, his biggest influence being the great Victor Wooten, and Isabel is a flute player who has been heavily involved in both classical music and musical theater. She is at home singing both bluegrass and Andrew Lloyd Weber I dont know How to love him from Jesus Christ Superstar sung by Isabel of The Family Band.

Isobel is also a budding songwriter and captures the magic of the music of her youth in Backwoods Sound that Katherine put to music and James McLaughlin of Mountainside Studio engineered. The most profound line of the song is the hook Mona Lisa on a dirt road that compares bluegrass to Da Vinci’s famous Mona Lisa. Other songs include Silver Dagger – a Kathryn Caine original, The Whiskey Song that echoes the style of J.J.Cale, Bill Monroe’s The One I Love Is Gone, Soldier of the Cross written by Lorin Rowan, Tom Paxton’s The Last Thing on My Mind and the Mike Nesmith’s Nine Times Blue, an absolute radio ready standout  Then there is the gospel tinged Crossing by Roger Miller, Border Song by Elton John and the original song by Kathryn Caine The Bye and Bye that serves as a benediction to the album.

The lineup of musicians on the full length release are top notch gold. Rusty Speidel (Speidel, Goodrich and Goggins) on guitar,, Andy Thacker (Love Canon, Kathryn Caine) on mandolin, Sam Wilson (Sons of Bill, Mary Chapin Carpenter) on pedal steel, Kathryn Caine (Down Home Girl, Whiteville, When I Was His Wife) on acoustic guitar and piano, John Lee on banjo, Evans Humphreys on bass and vocals, James McLaughlin on drums, and Isabel Humphreys on vocals.

This album Ogden Heart captures the beauty, magic, and mystery of the rural South and Americana bluegrass music with poetic songs, brilliant guitar and mandolin licks, haunting and driving banjo, swelling steel, tight harmonies with a great rhythm section. The vocal talents of Isabel, Kathryn Caine and Evans. Ogden Heart was recorded, mixed and engineered by James McLaughlin at Mountainside Studio in Charlottesville, Va. It was produced by Kathryn Caine and James McLaughlin.