Nu Blu It’s a Good Day To Be with You 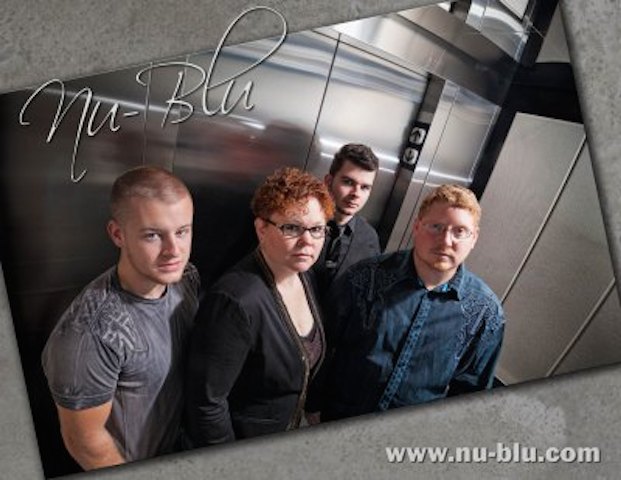 Bluegrass band, Nu-Blu has just released the 2nd in a 3-part series of new video releases. This song is titled It’s a Good Day To Be With You. This warm, loving ballad slows it down a bit, while still maintaining the band’s contemporary style.

We continue to encourage fans to share this video, and inspire others to hear this incredible music. Several individuals and media have already taken part in this. If you haven’t started, we challenge you to be a part of the release by sharing the video on websites, facebook, twitter, instragram, and any other social media site – Nu Blu.

The first video has already been released for the song Trains I Didn’t Take. The third, and final video to be released is for the track, Without a Kiss.

Nu-Blu, based in Siler City in central North Carolina, is composed of Carolyn, who handles bass and vocals; Levi Austin on vocals and banjo; Austin Koerner, who plays mandolin; and Daniel, who is the band’s Renaissance Man – guitarist, singer, manager, and tour coordinator, among many other roles. The group brings its lively and entertaining version of Americana-bluegrass music to audiences across the nation year-round. Their sound acknowledges the traditional institutions that have shaped it, yet is innovative and daring enough to bring a fresh sparkle to contemporary acoustic music that lands them squarely in the forefront of bands blazing the trail in Americana entertainment.  Influences range from the sounds of original bluegrass pioneers like Earl Scruggs, Jimmy Martin and Lester Flatt to rock bands of the 1980’s, and modern contemporary sounds such as Alison Krauss and Union Station.  Nu-Blu’s full, welcoming sounds provide a home for listeners and encourage them to explore new sounds, create personal roots, and imagine music free from labels.