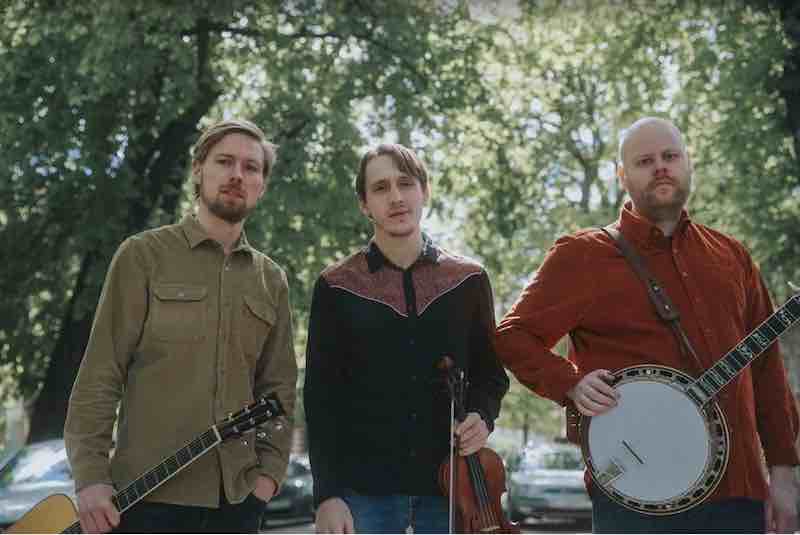 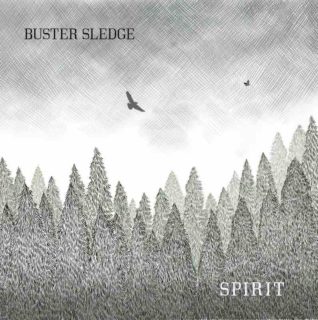 From just above the arctic circle in Bodø, Norway to sunny Turlock in Central California – despite growing up in different cultures with an ocean between them the members of Buster Sledge have one important thing in common: a love for playing a wide array of American music.

In early September 2019, the three got together just to play some traditional bluegrass and welcome fiddler Michael Barrett Donovan to the country. After playing for a bit, Donovan suggested playing a song he had written (which would eventually be track #7 on the album, “Square Peg”). Rather than just stumbling through the tune and moving on, the three naturally began to work together to improve and arrange the tune, adding separate interlocking parts, vocal harmonies, and strategically laying out the form of the verses and choruses. Entirely not on purpose, Buster Sledge had just had its first rehearsal.

On banjo is Norwegian Mikael Jonassen who fell in love with the instrument from the first time he heard it – eventually becoming the first Norwegian to graduate from music college with banjo as his main instrument – but surprisingly played exclusively electric banjo in a jazz fusion band for the first few years. The lead vocalist and fiddler is American Michael Barrett Donovan whose professional background includes driving buses and welding, an education in classical composition and playing with a touring Grateful Dead cover-band from NYC. And finally, on acoustic guitar, Norwegian Jakob Folke Ossum – whose childhood home was alive with Norwegian folk, Bob Dylan, and medieval vocal music – discovered and learned how to play bluegrass via recordings and videos while studying jazz guitar in college.

Buster Sledge’s thick vocal harmonies, hard-hitting instrumental lines and kaleidoscopic textures – all within the confines of having only three voices and three instruments – animate the songs of their debut album Spirit and expand the roles of their instruments beyond their conventional uses. Their all-original repertoire draws from their diverse backgrounds to blend genres from traditional to modern all while keeping the earnest lyrical story-telling of country and bluegrass music alive in the ambitious arrangements of their music.