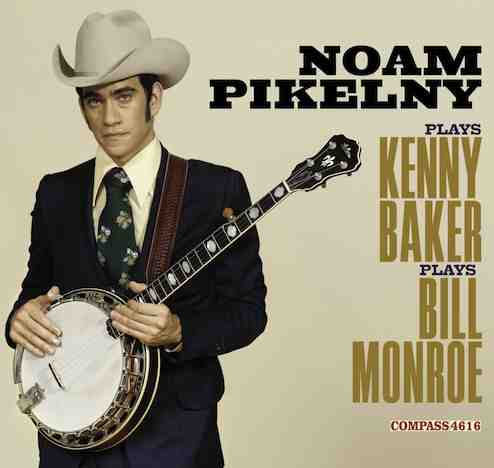 Grammy-nominated banjoist Noam Pikelny has been praised as “a player of unlimited range and astonishing precision” by comedian-banjoist Steve Martin, who goes on to call Pikelny a player adept at “not only traditional bluegrass, but classical, rock and jazz oriented music.” His new release, Noam Pikelny Plays Kenny Baker Plays Bill Monroe, is the first complete banjo adaptation of Kenny Baker’s 1976 seminal recording of Bill Monroe instrumentals that is poised to take the bluegrass world by storm.

The concept for the album grew out of an inside joke but, the more Pikelny explored the idea, the more he realized that it was both musically viable and extremely challenging. Pikelny delved into the intricacies of Kenny Baker’s fiddle playing and emerged with note for note versions of Baker’s fiddle arrangements for banjo. Joining Pikelny on this tour de force project are friends who also happen to be the finest instrumentalists in bluegrass: Stuart Duncan (fiddle), Bryan Sutton (guitar), Ronnie McCoury (mandolin), and Mike Bub (bass).