No Turning Back CD Review 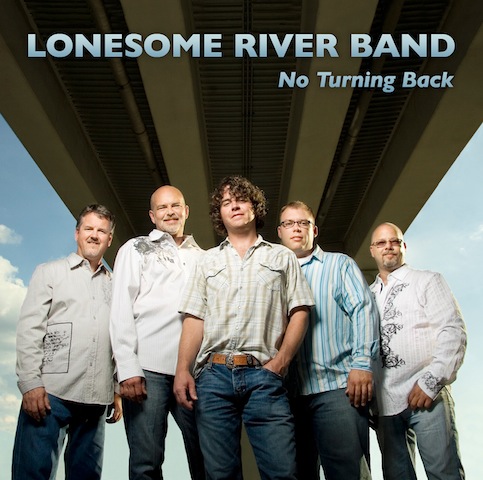 Lonesome River Band – No Turning Back. 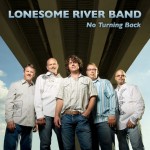 This band of young players from Virginia originally formed in 1983 but has experienced a few personnel changes over the years. A major change occurred in 2001. When I reviewed LRB’s 2002 release “Window of Time,” that included a new, debut lineup of Sammy Shelor (banjo), Brandon Rickman (guitar), Jeff Parker (mandolin), Mike Hartgrove (fiddle) and Irl Hees (bass). Jumping ahead six years to 2008, it’s nice to see Lonesome River Band’s line-up still includes Shelor, Rickman, and Hartgrove. The band’s cohesion is immediately apparent in the music. Parker and Hees apparently have moved on, and their replacements include Andy Ball (mandolin, piano) and Mike Anglin (bass).  All but Hartgrove provide vocals, and it would’ve been nice if this CD’s jacket differentiated on the vocals between the songs. Presumably it’s still Rickman who sings most of the lead vocals. Rickman also plays a major hand in the songwriting for the band, and “No Turning Back” includes four composition that he co-penned.

This quintet has been heralded as one of the band’s best configurations.  Their vocals are full of power and intensity. Instrumentally, the fivesome are master raconteurs fluent in the string language of bluegrass. I’ve always enjoyed their impressive, crisp playing. Together, they convey plenty of unique spark, verve and flair. The band is known for keeping their bluegrass snappy and energetic, but they can also deliver more melancholic moments with tunes like Larry Cordle’s Wire and Wood or Rickman’s We Couldn’t Tell.

On their twelfth album, Lonesome River Band continues to pick in high gear. Their music imparts a rhythmic intensity that is both tastefully rendered and remarkably powerful. Since 1983, these boys have managed to carve out their very own niche in the contemporary bluegrass market.