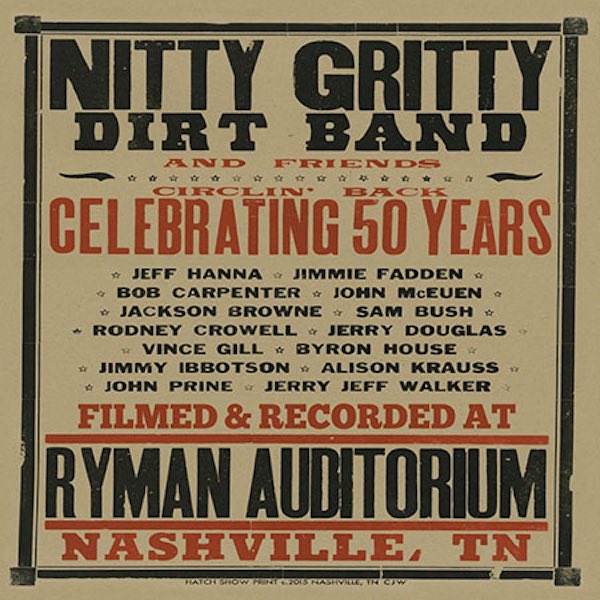 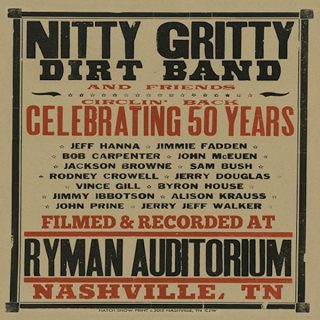 For five decades, the Nitty Gritty Dirt Band has remained one of the most iconic names in American roots music. With one foot planted in the traditions of country-folk and the other pointing toward something new and unexpected, the group continues to tour and release music, influencing multiple generations of audiences and artists along the way. Nearly a dozen of those artists join the group on this year’s Nitty Gritty Dirt Band and Friends – Circlin’ Back: Celebrating 50 Years concert album, released Sept. 30 on NGDB’s own label, distributed by Warner Nashville. As of yesterday’s SoundScan report, Circlin’ Back hit #11 both on the Country Albums chart and Americana Folk chart, while topping the Bluegrass chart at #1 in the first week of sales. Continuing the 50th anniversary celebration, the band played early and late sets at the Grand Ole Opry’s Birthday Bash on Saturday, Oct. 8 in Nashville, TN. 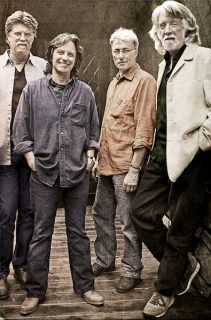 Long before Americana music had a name, the Nitty Gritty Dirt Band helped lead the charge, mixing elements of country, bluegrass, folk, mountain music, and rock & roll into a sound that celebrated the full range of American music. The guys were traditionalists and trendsetters, performing songs that nodded to the past while still pushing toward the future. Released in 1972 – just six years after the group formed in Southern California – Nitty Gritty Dirt Band’s Will the Circle Be Unbroken still stands as one of the most beloved albums in the country catalog, pairing the young band with legends like Roy Acuff, Doc Watson, Earl Scruggs, and Mother Maybelle Carter.

Many decades have passed since that milestone album’s release, with the members of the Nitty Gritty Dirt Band now enjoying their own legendary status. They continue to blur lines between genres, however, and the upcoming Nitty Gritty Dirt Band and Friends accomplishes something very similar to the classic Will the Circle Be Unbroken pairing the Nitty Gritty Dirt Band with the hit-makers, rule-breakers, and iconic figures of today’s roots music community. This time, Hanna, Fadden, Carpenter, and McEuen are the elder statesmen, passing down their influence and inspiration to a younger class without giving up the torch just yet. There’s more music to be made, after all. More shows to play. Another half-century to chase down. The circle rolls on.

Fans are able to purchase the cd or cd/dvd combo viawww.nittygritty.com, Amazon (cd or cd/dvd), and iTunes (cd or dvd).