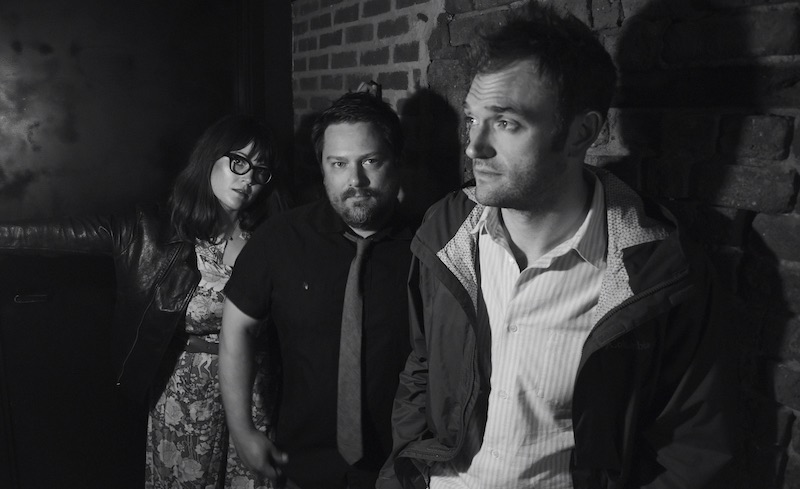 The three albums are set for re-release are Nickel Creek (2000), This Side (2002), and Why Should the Fire Die? (2005). Set for a November 6th release date and available for pre-order today, each audiophile-quality reissue is housed in a double-disc, gatefold jacket. Additionally, the band will offer exclusive editions of each title on their website, limited to 500 copies each. These include Nickel Creek, pressed on translucent opal vinyl, This Side, on marbled mahogany, and Why Should the Fire Die? in a translucent gold and red marbled variant. All albums were cut at 45RPM and have been pressed on 180-gram vinyl at MPO, featuring mastering from the original tapes or high-resolution sources by Chris Bellman at Bernie Grundman Mastering. The hi-resolution audio for each album will also be made digitally available for the first time album (192/24 for Why Should the Fire Die?, 96/24 for This Side and 48/24 for Nickel Creek), mastered by Paul Blakemore and releasing October 2nd. 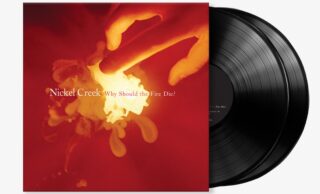 Consisting of siblings Sara and Sean Watkins, plus Chris Thile, Nickel Creek formed in 1989, when all three multi-instrumentalist members were under the age of 13. Along with Chris’ father, bassist Scott Thile, the group built a following in their native San Diego, and soon became regulars on the bluegrass festival circuit, releasing two records on their own in the ’90s. At the turn of the millennium, the band signed with the iconic Americana imprint, Sugar Hill. There, they caught the ears of bluegrass star Alison Krauss, who would become a mentor to the young musicians and produce their next two albums.

The trio’s self-titled 2000 release celebrates its 20th anniversary this year. While the band’s earlier recordings showed off their musical prowess, they consideredthe album Nickel Creek to be their official debut – presenting the band as the progressive bluegrass act that they had matured into over the years. By now, the group not only found inspiration from contemporary roots acts like Krauss and Béla Fleck, but also incorporated elements of rock, alternative, jazz, and even classical music into their arrangements. Featuring both traditional and original material, Nickel Creek showcased the trio’s unique style, as well as the deft songwriting skills of Chris and Sean on songs like The Lighthouse’s Tale, Ode to a Butterfly, and Pastures New. 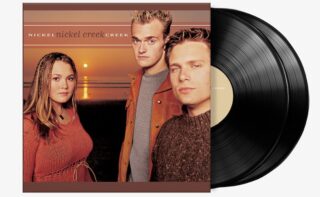 The timing of Nickel Creek couldn’t have been better. It landed in record stores just months ahead of O Brother, Where Art Thou? – the popular Cohen Brothers film, which was underscored by traditional American folk music. The film’s chart-topping soundtrack included performances from a variety of major roots artists and sparked a resurgence of the genre’s popularity.

Nickel Creek, meanwhile, quickly gained momentum. It peaked at No.13 on Billboard’s Top Country Albums chart, and would eventually be certified Platinum by the RIAA.The album garnered multiple GRAMMY® and CMA nominations and launched a host of opportunities for the group, who shared the stage with Lyle Lovett, Vince Gill, Amy Grant, and Dolly Parton, among others. 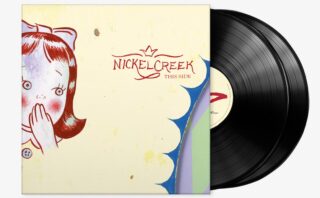 Two decades on, Nickel Creek is considered by many to be a groundbreaking title in Americana music. A recent NPR retrospective on the band declared that the album “seemed to speak all these languages at once: unafraid to push the boundaries of its primary genre, and packing the musical chops to bring such an eclectic vision to life.” Nickel Creek, they added, offered “a critical point along a storied timeline, one whose innovations offer countless connections between the genre’s origins and its future.”

Energized by the success of their debut, the busy trio reunited with Krauss to record their 2002 follow-up, This Side. Both Sean and Chris, who had each released solo albums in the interim, continued to flex their writing skills, with songs like Speak, Smoothie Song, and This Side, which served as the album’s lead single. The LP also garnered buzz in the indie world, thanks to a cover of Pavement’s Spit on a Stranger. Both fans and critics embraced This Side, which debuted in the Billboard 200 Top 20, and peaked at No.2 on the Top Country Albums chart.

This Side is an exhilarating blend of musical versatility, ambitious melodies, and virtuosity that is at times jaw-dropping – Billboard

This Side solidifies Nickel Creek’s position as the single most original and inventive bluegrass band to emerge in the early ’00s –  AllMusic.

This Side also scored the group a Grammy Award for Best Contemporary Folk Album.

As Nickel Creek integrated more rock and pop elements into their music, they went in a new direction with their next record – enlisting Eric Valentine (Taking Back Sunday, Good Charlotte, Queens of the Stone Age) and industry veteran Tony Berg to produce the album. While Valentine’s lengthy credits in punk, alt-rock, and pop might have made the producer seem like an unlikely match, Why Should the Fire Die? proved to be the group’s most ambitious effort yet. Featuring nearly all original material, save for a cover of Bob Dylan’s Tomorrow Is a Long Time, the 2005 album included such favorites as When in Rome, Helena, the instrumental Scotch & Chocolate, and Jealous Moon, which Thile co-wrote with The Jayhawk’s Gary Louris. Darker and more introspective than their previous material, Why Should the Fire Die? garnered the band wide acclaim. The BBC praised the group’s “sheer musical brilliance,” The album once again hit the Billboard 200’s Top 20 and earned the group two GRAMMY® nominations.

…if O Brother, Where Art Thou? cracked open the door to bluegrass’ past for a new generation, Nickel Creek are bent on giving it a future – Entertainment Weekly.

In 2006, Nickel Creek announced an indefinite hiatus and embarked on their Farewell (For Now) tour in 2007. The still startlingly young bandmates needed time to grow – musically and personally – and explore new artistic endeavors. Chris went on to form Punch Brothers, and collaborate with a wide variety of artists. More recently, he was named host of Live From Here (formerly A Prairie Home Companion). Sara embarked on a successful solo career and, in 2016, co-founded I’m With Her, alongside Sarah Jarosz and Aoife O’Donovan. Sean, meanwhile, formed the duo Fiction Family, released several solo LPs, and found success scoring music for film and tv, including Netflix’s Sweet Magnolias. Sara and Sean also established the Watkins Family Hour – initially as an informal variety show at Los Angeles’ Largo Theatre. In 2015, the siblings – along with the likes of Fiona Apple, Benmont Tench, and Soul Coughing’s Sebastian Steinberg – transformed their popular show into an eponymous studio album.

But that wasn’t the end of Nickel Creek. In 2014, the bandmates reunited to celebrate their 25th anniversary – proving their boundless talent and enduring appeal as they recorded a new, best-selling album with Eric Valentine (A Dotted Line) and embarked on an extensive, sold-out tour. They would reunite again in 2019 for performances at Los Angeles’ Wiltern Theatre (captured for Thile’s Live From Here radio show) and New York’s Carnegie Hall.

Click here to pre-order all three LPs (Nickel Creek, This Side and Why Should the Fire Die?).

Renowned imprints with catalogs issued under the Craft banner include Concord, Fania, Fantasy, Fearless, Milestone, Musart, Nitro, Prestige, Riverside, Rounder, Specialty, Stax, Sugar Hill, Vanguard, Vee-Jay and Victory, among many others. Craft creates thoughtfully curated packages, with a meticulous devotion to quality and a commitment to preservation—ensuring that these recordings endure for new generations to discover. Craft Recordings is the catalog label team for Concord Recorded Music. For more info, visit CraftRecordings.com and follow on Facebook, Twitter, Instagram, YouTube, and Spotify.