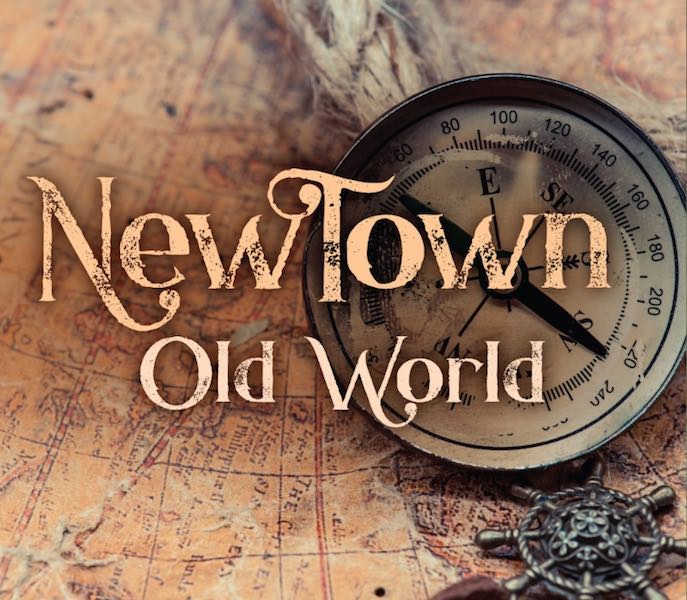 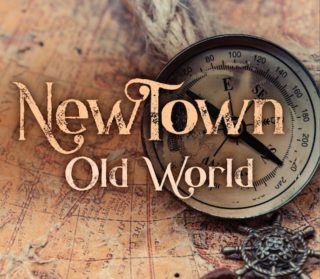 The new album is produced by Barry Bales of Alison Krauss and Union Station. NewTown’s Old World is a selection of material that shows how this band is transforming and rejuvenating traditional Southern music for the modern age. It’s a skilled blending of the conventional and the current.

The music is made dynamic by the shared vocals of Kati Penn Williams and husband Jr. Williams each of whom chose material for the release. Kati’s haunting lead vocals on the majority of the tracks are of the same ilk as Krauss,’ as she embodies the style of the modern female Bluegrass lead that is more an update to the genre than a sheer departure.

With songs like Heart of Stone and Long Hard Road from acclaimed Roots/Country/Americana songwriter Tyler Childers, the material of Old World makes a statement about the band’s urgency to push boundaries beyond the expected conventions of Bluegrass.

Upbeat songs like Evangeline and Laura Lee showcase Jr. Williams’ powerful blues-tinged lead and The Harvest, also written by Childers, is delivered low, growly, lonesome and desperate in the most effective way.

Sharing the lead vocal work on Naomi Wise, the two capture the heart of the album with its lean on current material that harkens back to British Isles music where the roots genre finds its undeniable origins.

With their band, ace mandolin player Mitchell Cannon and bass aficionado Travis Anderson, Kati and Jr. are joined on vocals by each of the members and masterfully perform on fiddle and banjo/guitar. Acclaimed guitarist Aaron Ramsey also plays on the album. 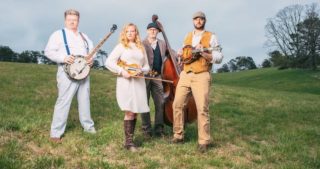 Fronted by award-winning vocalist/fiddler Kati Penn Williams and her singer/banjo-picker husband, Jr. Williams, NewTown is one of the most exciting acts in contemporary Bluegrass. Formed in 2009, the Lexington, Kentucky-based group features first-rate vocal and instrumental work of musicians who combine individual virtuosity with a background of formal training.

While Kati’s singing brings to mind Dale Ann Bradley, Alison Krauss or Lee Ann Womack, her voice is all her own, with a power that challenges the band to keep up with her and a passionate subtlety that breathes emotion into the quietest passages. Meanwhile, Jr. has the similar vocal phrasing of Chris Stapleton with a more “rough around the edges” Dan Tyminski, or maybe a grittier version of Larry Sparks.

They are joined by mandolinist Mitchell Cannon and bassist/vocalist Travis Anderson who have college backgrounds in music and collective decades of performing experience. NewTown has gained a strong following by playing at festivals throughout the U.S., sharing bills with such acts as Lonesome River Band, Rhonda Vincent & The Rage and Doyle Lawson & Quicksilver.

The ensemble has also opened shows for the John Cowan Band, whose namesake leader says, “Bands like NewTown are not by any means common; they’re not made every day. It takes sweat equity, passion, patience and vision.”