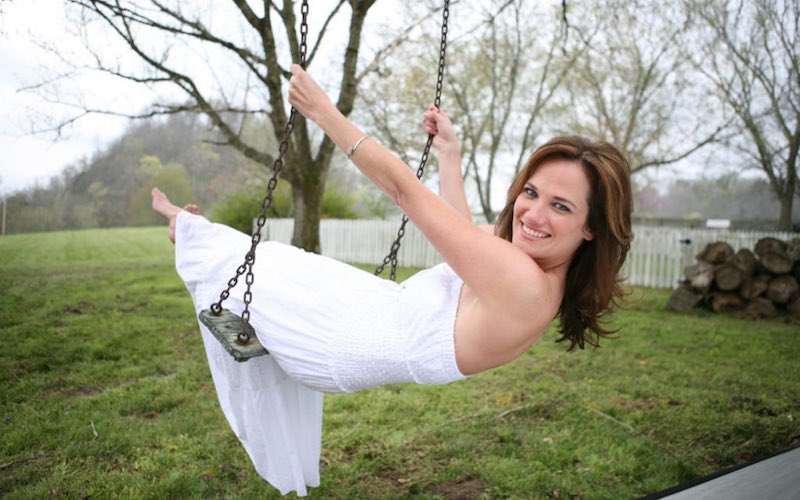 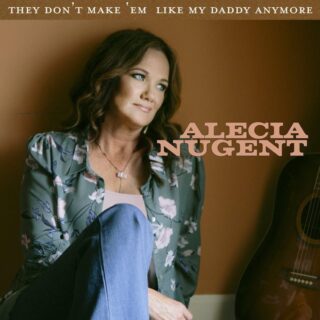 Known for making compelling Bluegrass throughout her early career, the IBMA and SPBGMA award-winner and former Rounder Records artist marks her foray into country music with a surefire country song and a bluegrass option.

Like all great Country music, ‘They Don’t Make ’em Like My Daddy Anymore’ springs from life. It’s honest and soulful and true. Alecia Nugent deserves your heartiest applause. She already has mine. Her re-emergence as a record maker has me tossing my hat in the air – Robert K. Oermann.

Written by Nugent and top tunesmith Carl Jackson, They Don’t Make ’em Like My Daddy Anymore is from Nugent’s upcoming Keith Stegall-produced CD, The Old Side of Town, due for release in September.

Born in Pollock, LA in 1945
He was just a teenage schoolboy when his poppa up and died
So at 18 joined the army served America with pride
Three years down the road he took my momma for his bride
Raised me and my three brothers and couldn’t save a dime
Strangers to the high life but well acquainted with hard times
I guess love was all we needed ’cause we never really felt like we were poor
And I ain’t afraid to say it, they don’t make ’em like my daddy anymore (A. Nugent/C. Jackson)

There are two versions of Daddy on the album: one Country and one Bluegrass. The song was written as a tribute to my dad, who played in a Bluegrass band and raised me up in Bluegrass; he stood beside me on the stage of the Opry when I made my debut there. He passed away in 2013, and since I came back to music to honor him, it seemed only right to include a Bluegrass version out of respect for him and for all of the fans I made over my years on Rounder – Alecia Nugent.

The track is available to fans now online from Spotify, iTunes, Amazon Music, and others, and to radio programmers via AirPlay Direct. Both versions premiered yesterday on Country Sway and Bluegrass Today, respectively.

The line-up of talent in that room was incredible. Their contributions cannot be overlooked. Keith Stegall’s guidance was invaluable, and everyone worked together to allow me to explore my Country roots. I’m forever thankful – Alecia Nugent.

A native of Hickory Grove, Louisiana, Nugent absorbed the country and bluegrass music of her father Jimmy Nugent’s group, the Southland Bluegrass Band, which he launched the same year she was born. Sitting around the piano, her parents also taught Nugent and her two older brothers how to sing Southern gospel songs and bluegrass harmony. As a kid, she was a natural on stage and got hooked on the applause; she stepped into the role of lead singer in her late teens.

She went on to record three albums for Rounder Records in the early 2000s, toured the U.S. extensively and performed shows in Switzerland, Italy, Scotland, Ireland, Germany, Austria, Netherlands and Canada as well. They Don’t Make ’em Like My Daddy Anymore is Alecia’s first new music in 11 years and marks her debut as a songwriter. Now based in Nashville, Nugent was awarded SPBGMA Female Vocalist of the Year honors in 2007, 2008, 2010, 2011, and won the IBMA Album of the Year award for Musicians Against Childhood Cancer. She has performed 71 times on the Grand Ole Opry. She loves baseball, Peanut Butter Fudge Balls, fishing and refinishing old furniture.

Catch up on all things Alecia online: