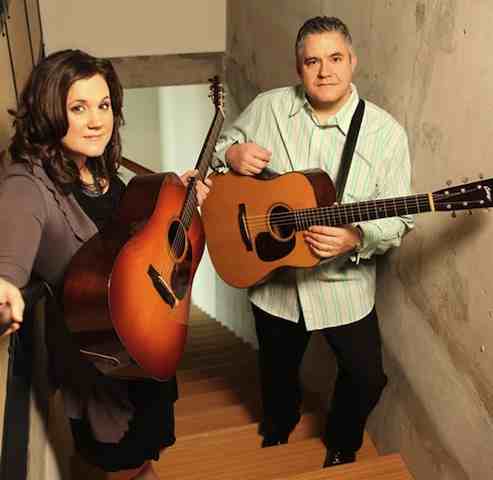 Kenny & Amanda Smith have lifted the veil on their new band lineup, bringing a trio of talented youngsters into the fold. All three have a brothers-in-bluegrass side of their story. Siblings Corey and Owen Piatt are on mandolin and banjo respectively, and new bass player Austin Ward is the older brother of Chris Ward, currently touring on fiddle with Sierra Hull.

Owen and Corey live in Tennessee, and Austin has just moved to the Nashville area from California where he grew up. Owen had been performing of late with Blue Moon Rising.

It’s hard to put into words when you have a dream of a certain sound for your music and it comes true in the matter of minutes. It’s simply the right people at the right time. Amanda and I are excited about the new sound, and our fans were in full support this past weekend as we took the stage in Ohio and Maryland. I was overwhelmed a couple of times on stage from the energy of the band and the audience approval – Kenny Smith.

We were pleased to host the new Kenny & Amanda Smith Band this Saturday. I was surprised to see how well the new band members played off the songs and added their own touches as if they had played them for years. The crowd loved them. The new band members fit perfectly and performed all the songs flawlessly. They seem to pick right up on Kenny and Amanda’s driving sound – Ken Roberts Cumberland Jaycee Promoter.

Kenny also mentioned that he is hoping to start work on a new band album this coming Spring. They’ve been collecting material since their last record in 2008,Live and Learn, and since moving to Tennessee, he’s been writing a lot as well.