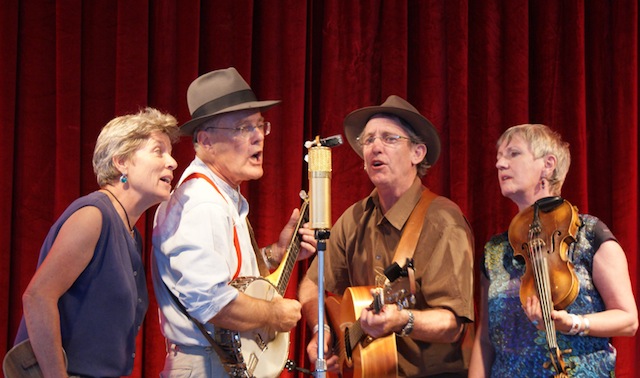 Returning to Harrietville for the second year in a row will be The New Holland Honey Eaters. They are an old-time Tasmanian string band featuring Stan & Rebecca Gottschalk from Launceston, and Steve & Jane Ray from Cygnet.

The New Holland Honey Eaters call themselves ‘the string-band behind the times’, where they bring the folk music and folkways of the American southeast alive by performing on-stage documentaries that focus on aspects of a region’s social and musical history, and through their practical teaching workshops.

The band has performed together since 1988, and are regular performers at the Cygnet and George Town Folk Festivals in Tasmania  and can also be heard at the National Folk Festival in Canberra and on ABC Radio National.