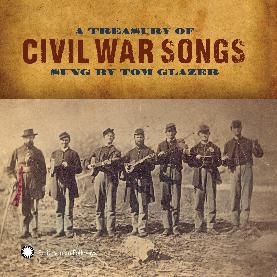 On 5th April 2011, Smithsonian Folkways Recordings will release two albums to commemorate the 150th anniversary of the first shots of the Civil War at Ft. Sumter. A Treasury of Civil War Songs, performed by Tom Glazer, and Civil War Naval Songs by Dan Milner and Friends feature popular songs from the era representing both Union and Confederate sources. 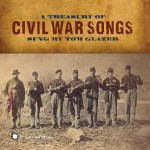 A Treasury of Civil War Songs, performed by Tom Glazer (1914-2003), was first recorded in 1973, and is now reissued digitally for the first time.  This is Glazer’s take on classics such as The Battle Cry of Freedom, and John Brown’s Body, along with twenty-three other standards that display all the emotional complexity and hardship of what came to be known as America’s most violent war.

Civil War Naval Songs is also set for release on 5th April. Civil War Naval Songs is artist Dan Milner’s 2nd Smithsonian Folkways release following his critically acclaimed 2009 album, Irish Pirate Ballads and Songs of the Sea. Collected from many nineteenth century sources, the songs presented here document the maritime journeys of sailors, merchants and prisoners whose fate was to become America’s history. Along with traditional covers, Milner takes various poems and texts and revises them into song with help from guest musicians and friends over this 52 min. record.

Smithsonian Folkways is the nonprofit record label of the Smithsonian Institution, the national museum of the United States. As part of our mission, we are dedicated to supporting cultural diversity and increased understanding among people through the documentation, preservation and dissemination of sound.