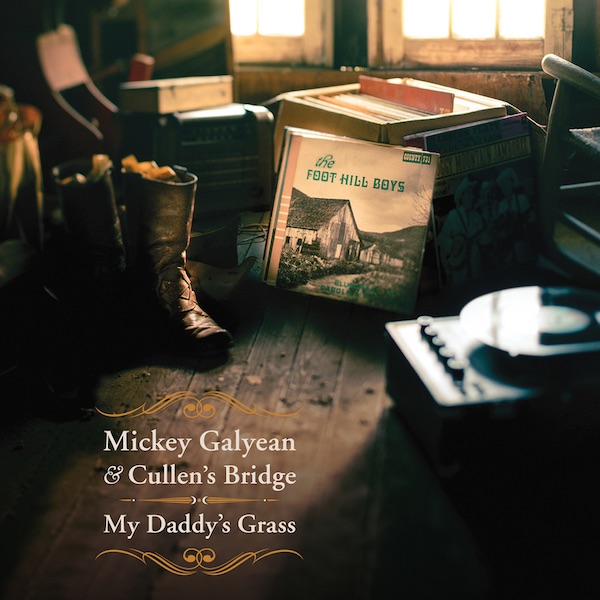 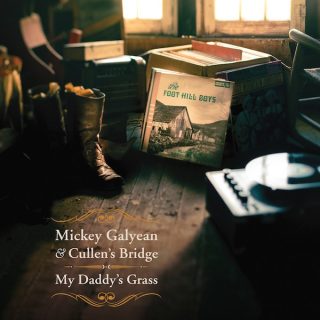 Rebel Records has announced the release of My Daddy’s Grass (REB-1856), the Rebel debut from Mickey Galyean & Cullen’s Bridge.

Mickey Galyean hails from Lowgap, North Carolina, a hotspot for mountain music and one of the oldest centres of the North Carolina bluegrass scene. He is also the son of legendary five-string banjo player Cullen Galyean, formerly of well known and greatly respected regional groups the Foot Hill Boys and the Border Mountain Boys. Mickey formed Cullen’s Bridge with the intention of recording new and classic material in the traditional style of his father and other area musicians. The result is an album that does justice to the sound that his dad was so well-known for in the 1950s and 60s.

Cullen’s Bridge features Galyean on rhythm guitar and singing lead with a rich, powerful voice. He is joined by Brad Hiatt on acoustic bass and baritone vocals and Rick Pardue on banjo and tenor vocals. Pardue, author of the 2012 IBMA Song of the Year, “A Far Cry from Lester and Earl,” also contributes five original tunes to the album. These tunes showcase his range as a songwriter and the strength of the band, from the witty ballad “I’d Have a Dime” to the sentimental “I Found My Daddy’s Grass,” which will surely resonate with anyone who grew up in a bluegrass family. Billy Hawks, formerly of Doyle Lawson & Quicksilver, Big Country Bluegrass, and Junior Sisk & Ramblers Choice and winner of the Galax Bluegrass Fiddle Competition, rounds out the group.

This debut album blends rare and powerful lead vocals and strong, close harmonies with traditional bluegrass rhythm guitar and sparkling lead instrumentation. The repertoire includes great originals along with a few familiar favourites, like Dave Evans’ “One Loaf of Bread” as well as a blistering rendition of the Stanley Brothers classic “We’ll Be Sweethearts in Heaven,” featuring a duet with the late James King (one of his last recorded performances). “Brother Paul,” another Pardue original, provides some gospel flavour to the mix, enhanced by Galyean’s strong vocals. This record is sure to delight both young and old fans of powerful, hard-driving mountain music.

My Daddy’s Grass is available at County Sales, iTunes, Amazon, and at other retail outlets where bluegrass music is sold.