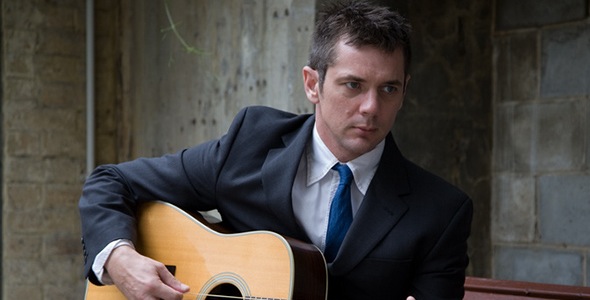 Innes Campbell is working on his third full length studio project which has the working title “All Things Considered”. Innes’s previous albums have been reviewed here. Present Company Included was his first album while Something Quick and Neat was the followup.

From our interview with Innes we understand that the pending album differs somewhat from his previous work.  ‘Something Quick and Neat’ featured several of his own compositions along with some traditional offerings and was largely an acoustic album. This album had some programmed strings on it, but  Innes explains that in the end, the mixing was so hard that this was completely buried and was basically inaudible in the master. ‘Something Quick and Neat’ relied heavily on collaborations with other musicians. George Jackson played fiddle and banjo, Luke Moller played fiddle and mandolin. Wendy Holman played banjo and Innes’s brother Rory made a vocal appearance on the track Scottish Rain, and Rick Caskey played bass for ‘Swine Flu Swing‘.

Innes’s second album ‘Included‘ was recorded with what was to become the full-time band ‘Present Company’. Innes brought four of his original works along with a cover (originally by Franz Ferdinand) that he had arranged for the album. George Jackson brought two tunes and Michael (Mick) Patrick also brought two tunes to that second  project. The other tune on the album (Ride the Wild Turkey) was by Darol Anger. Innes says it was all performed live, with the odd overdub here and there but really recorded just as it was played, with very little studio effects, maybe just a little reverb if anything.

In contrast, the new album is intended to be entirely his own work. Innes tells me he has been working hard on the Dobro and mandolin as well as his songwriting and vocals skills.

Over the past twelve months I have learned an enormous amount about production. The result is that this album is sounding quite different from the last two albums. The hooks are still there – in fact more hooks than ever – but there are stripped back songs with just guitar and voice, songs with electronic elements, songs with (eek!) drums and there’s an instrumental that I composed on the Dobro. Lyrically its more accessible than the last two discs; so hopefully people will get an idea of what the hell I’m on about this time.

There’s quite a bit of tongue in cheek satire as well as the usual self-deprecation. It’s turning out better than I could have imagined and is definitely the most exciting and inspiring thing I have done so far in my musical career. What I’m aiming for is the end product to be done entirely on my own – all of the tracks are my originals, all the instruments played by me, and I’m going to do the mixing, mastering and even the sleeve art. – Innes Campbell.