Negotiating Contracts with Bands and Venues 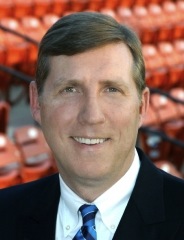 Alan Tompkins is an experienced event producer, musician, and the founder of the Bluegrass Heritage Foundation, a charitable organization dedicated to preserving and promoting the heritage of bluegrass music in America with a focus on promoting bluegrass in Texas. Alan has been responsible for eight bluegrass festivals and numerous other musical events since 2006, including the Frisco Bluegrass Festival and the Bloomin’ Bluegrass Festival in Farmers Branch, Texas. Alan is licensed as an attorney and CPA in Texas and has negotiated dozens of performance agreements from different perspectives (including as a producer, venue operator, and artist) involving artists ranging from local bluegrass bands to KISS.)

The webinar will be aimed at artists, event producers, venue operators, and association leaders, but anybody with an interest in contract negotiation may want to attend also.

Here’s the program calendar for the remainder of 2012 :