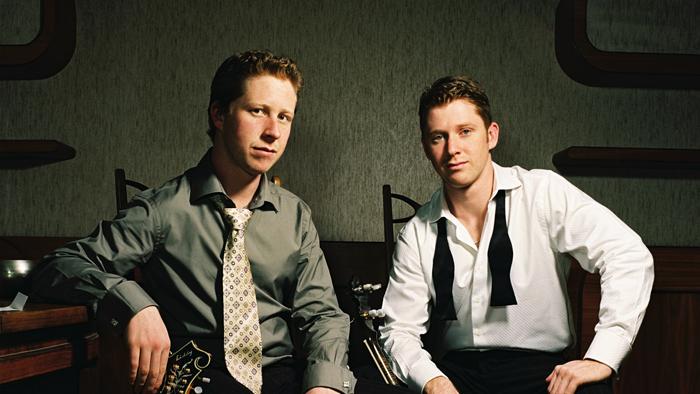 A Closer Look at The CMAA Awards:

The CMAA Awards are a central ceremony where all things country music can be celebrated and this includes bluegrass too. So, settle down in your favourite chair and learn all about the recent history of the CMAA Awards and prospects for next year’s ceremony. The highlight of the CMAA Awards is of course, the MMA Australian National Bluegrass Championships taking place on 29th January next year where the brightest potential talent will be showcased and have the chance to win a coveted award.

The CMAA Awards is the longest running musical awards concert, the highlight of the country music calendar and the top draw event of the Tamworth Country Music Festival. Next year’s awards will celebrate their 40th anniversary and the show will be bigger and better than ever. Without the CMAA Awards and their Bluegrass subsidiary, the Australian music scene would have a gaping hole as the prodigal talents of the genre were left undiscovered. Former winners include 2010 banjo and fiddle champion George Jackson and Hamish Davidson, who moved on from picking up the 2008 Encouragement Award to the 2009 Banjo Award. This is a testament to the value of these Championships and how they can shape and further a talented players’ career.

The 40th annual CMAA Awards are taking place at the end of next month in Tamworth and are not to be missed. With an extra party to celebrate, the ceremony will be more spectacular than ever, showcasing all the finest talents and stars of the future. The National Bluegrass Championships give all fans a chance to see the finest fiddlers and the meanest mandolin players battle it out to the winner’s position and show what they’re really made of.

The history of the CMAA Australian National Bluegrass Championships is far-reaching. Up until 2008 there had been a break in the competition, causing much upset for many bluegrass fans but they began again in ’08 and a new breed of talent was born. The Championships themselves began as a very low-key local event in Tamworth. Its first venue was St. Andrew’s Hall in the city in 1979 but since then the championships have blossomed and become an essential date in any bluegrass fans diary. Acoustic music is rarely celebrated with such vigour and enthusiasm and the championships fast became an extremely well-respected and esteemed music award, attracting some of Australia’s finest talents. The Championships allows the best of Australia’s banjo players, flat pick guitarists, fiddlers and mandolin players to showcase their skills and battle for that number one spot.

The Championships have always attracted huge crowds to Tamworth, creating a unique and entertaining experience and they’re known for their role in creating and nurturing new talent. In fact, many of the stars you see performing at the Country Music Association Awards of Australia are former bluegrass championship winners and participants, proudly holding their positions as members of some of Australia’s best bands. You’ll also hear their great talent as session musicians on some of Australia’s top country albums.

It’s not long until registration for the 2012 Australian National Bluegrass Championships opens and all those budding talents can register online to be in with a chance of competing. As a dedicated bluegrass fan, the championships are already highly anticipated and no previous contest has disappointed. As well as the glory of being crowned champion, there are great prizes on offer too all donated by Fender and rumoured to be worth over $10,000. The judges include some of Australia’s most popular and talented bluegrass instrumentalists and winners of the past. Big names include the aforementioned Hamish Davidson, Andrew Clermont, Lachlan Davidson and Ian Simpson. This year the championships are also lucky enough to have American bluegrass sensation Jerry Salley as a judge too, offering his international eye over proceedings to see if there’s anyone with the talent to make it big worldwide.

Bluegrass is a genre which is sometimes overlooked or banded in with all other types of country music so this is an event which really should be celebrated. The chance to enjoy the pinnacle of the genre is very rare and so at the end of January 2012, embrace all things bluegrass and enjoy the show. Tickets are available from the CMAA website soon, so don’t miss out.