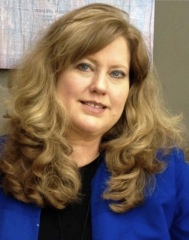 The Board of Directors of the International Bluegrass Music Association has announced that they have appointed Nancy Cardwell as the organization’s Executive Director. Nancy Cardwell who has been serving as the IBMA’s interim Executive Director since the beginning of March, takes on the top job after 17 years as the IBMA’s Special Projects Director.

After an extensive selection process that began with more than 65 applications for the position, the Board concluded that Nancy brings the right mix of skills to the table and will be able to take the organization to the next level of success.
Nancy is deeply connected to the bluegrass music community and her experience in the IBMA office makes her uniquely prepared to take on the added duties of Executive Director. She is forward-thinking and has the right outlook to take us into the future. Her respect for the roots of the music, combined with her appreciation of the next generation, will guide the organization through the challenging times ahead – Stan Zdonik, IBMA Board Chairman.

Cardwell grew up in the Missouri Ozarks in a family bluegrass band. Before joining the IBMA staff in 1994 she worked as a Spanish and English teacher, a Field Executive for the Dogwood Trails Girl Scout Council in Springfield, Mo., and a freelance musician and journalist based in Pigeon Forge, Tenn. and Branson, Mo. A graduate of Leadership Bluegrass (2000) and Leadership Music (2009), Cardwell holds an Education degree from Northwest Missouri State University and was the 2006 recipient of the Charlie Lamb Award for Excellence in Country Music Journalism. Her book, The Words & Music of Dolly Parton, Country’s Iron Butterfly, was published by ABC-Clio in July 2011.

It’s an honor to continue to serve on the IBMA team in this new role as we work together for the future of bluegrass music. I’m blessed with a creative and hard-working staff and board of directors, as well as a community of members from across the country and around the globe, who are passionate about the greatest music in the world. I look forward to seeing many of you at World of Bluegrass in Nashville, Tenn. Sept. 24-30, at our annual Business Conference/ Awards Show/ Bluegrass Fan Fest/ Music Family Reunion – Nancy Cardwell.