My Baby Thinks He’s a Train 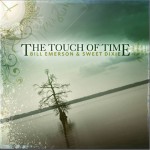 The Touch of Time is Bill’s third album on Rural Rhythm Records.  His previous albums include: Southern, that reached #1 on the Bluegrass Music Profiles Magazine (BMP) Top Album Chart, along with the single, I Don’t Care Anymore hitting #1 on the BMP Top 30 Hot Singles and #5 on Bluegrass Unlimited Magazine’s Top 30 Singles; and Eclipse, an instrumental project, have both been very popular with radio, media and fans alike.

Called a “Banjo Legend” by the Washington Post, Bill Emerson is certainly one of the most influential musicians in bluegrass music.  He has been honored by the DC Bluegrass Union when he was presented the first Washington Monument Award, recognising his influential 50 year career in bluegrass music, and twice Awarded “Banjo Player of the Year” by Muleskinner News Bluegrass Magazine.

Bill tours with his band, Sweet Dixie and as a founding member of The Country Gentlemen and the U.S. Navy Band’s Country Current, he has left his mark on the contemporary bluegrass scene,  pushing country music’s most conservative genre in fresh directions.

For more information on Bill Emerson and Sweet Dixie including their 2012 tour schedule and upcoming new album, please visit their website.