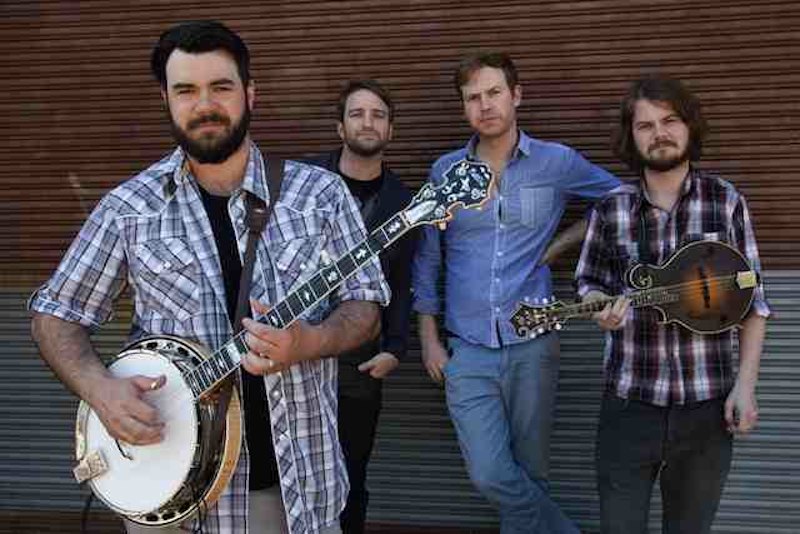 Mustered Courage takes their broad appeal progressive bluegrass to the USA, with the release of Powerlines on Travianna Records. 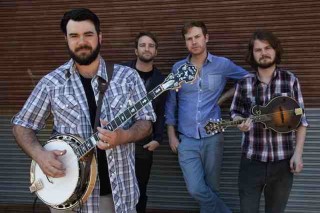 Music Australia Guide describes Mustered Courage as “the link between Bill Monroe and Mumford & Sons, with just the right mix of mirth and mournful.”

The Melbourne based quartet has quickly risen to the top of Australia’s folk and roots scene on the strength of their energetic live shows and albums that have won them a string of glowing reviews, national radio support, an endorsement from Seal, and two “Golden Guitar” nominations at the 2014 CMAA Country Music Awards of Australia.

After a heavy touring schedule of headlining club dates and festival appearances in support of their debut project, Mustered Courage went back into the studio to record this sophomore album, Powerlines, with ARIA Award winning producer Jimi Maroudas (The Living End, Eskimo Joe, Kimbra). 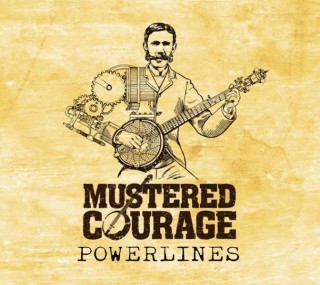 Powerlines finds them fine-tuning a diverse sound that Bluegrass Today calls, “the line between bluegrass and the mainstream style of folk music that’s quite popular today, but they do it well. They provide a nice mix of material that fans of progressive bluegrass should enjoy.”
The Alternate Root Magazine hit it on the nose when talking about the album. “When the music of Appalachia landed Down Under, it sprouted up as Mustered Courage. The album breathes bluegrass purity and stretches possibilities for string band music as it accents the blue in the grass with bending strings and vocal walls.”
Mustered Courage’s quick ascent has not gone unnoticed in music industry circles, both in Australia and abroad. These down-home pickers have played many of the major Australian festivals, performed an official showcase at the Americana Music Association Conference and Festival in Nashville, and are currently on tour this summer for over 50 dates in the U.S. where they will end their tour in Raleigh, NC to perform at the International Bluegrass Music Association conference.

Like the Avett Brothers and the SteelDrivers, Mustered Courage breathes new life into the bluegrass scene with a style that appeals to both traditionalists and newcomers alike. They are a band on the rise that, as Rhythms Magazine contends, is “guaranteed to soon be on to bigger things.”

For more information about the band, please visit www.musteredcourage.com.