Music Video Release For The Roys 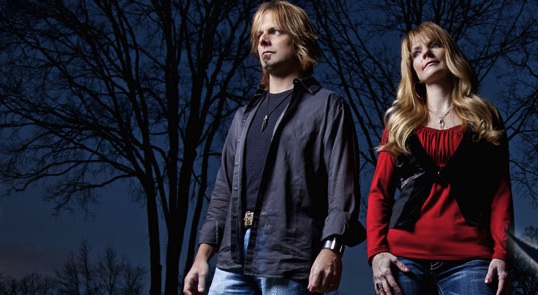 Just in time for their Australian tour, Rural Rhythm Records has announced the new music video and radio single release of Trailblazer by bluegrass duo, The Roys. The song is now on the Bluegrass Today Weekly Airplay Chart and appears on their album, Lonesome Whistle which debuted at #7 on the Billboard Bluegrass Album Chart.

The Trailblazer video was shot on-location in Hermitage, Tennessee, just outside of Nashville with other scenes filmed at Percy Priest Lake, and features Elaine Roy, Lee Roy (Mandolin), Clint White (Fiddle), Zac Hardin (Bass), Sterling Masat (Banjo, Dobro), and Harry Clark (guitar). It debuted this morning on Cybergrass and is now available for viewing below and on many other sites including: The Roys’ official website, Youtube and Rural Rhythm Records. The video was filmed and directed by Sammy Passamano III with Anthony Passamano serving as Assistant Director.

The Roys, who were just named in Roughstock’s 2011 In Review: The Best New Talent of the Year list, have kicked off what plans to be their biggest year yet. They taped an upcoming PBS Special that celebrates the music of Laura Ingalls Wilder last week, and will embark on their first tour of Australia next week.

The Roys recently announced joining Vietti Foods to extend the Vietti Vinyl campaign, with the duo’s image appearing on 500,000 cans of the brand’s Family Style Beef Stew available at Family Dollar stores in 25 states through 2012. The duo has also signed a new production deal with ValCom Studios for a 13-episode weekly, music-driven variety show called Roots And Music With The Roys.

Please visit TheRoysonline.com for a complete tour schedule and learn more about this exciting band and their current album, Lonesome Whistle .