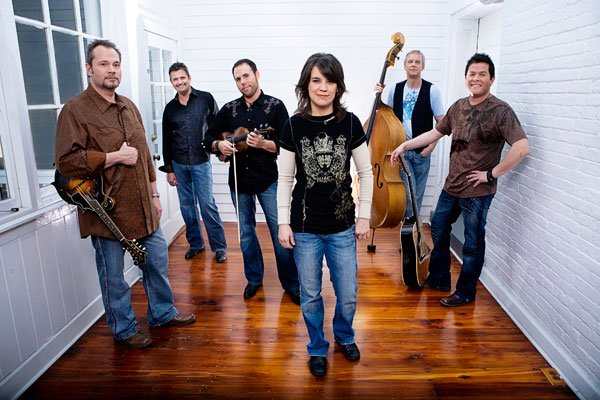 Mountain Home Music Company has signed popular bluegrass band, The Grascals to their team and tell us that they have a new album arriving soon.

Mountain Home, a division of Crossroads Entertainment and Marketing, Inc., is a premiere Bluegrass label with global distribution, representing such elite artists as Doyle Lawson & Quicksilver, The Boxcars, Balsam Range, Darin & Brooke Aldridge and The Grascals. Established in 1993,

Crossroads is a market leader in the Bluegrass, Southern Gospel, and Performance Track fields.

I would like to offer my congratulations to the Grascals for their new deal with Mountain Home Records, based in Arden, North Carolina. I understand they are in the process of recording a new album for that label at this time and I look forward to that release with great anticipation. The Grascals are one of the most respected, and talented Bluegrass bands in the business consisting of award-winning vocalists and instrumentalists plus the tw-time winner of IBMA’ s highest award, Entertainer of the Year – Sonny Osborne.

Miss Dixie and I get up every morning and listen to Bluegrass music while drinking our coffee and planning the day.  We are Grascal Groupies and since I am an honorary Grascal myself, we hear a lot of them. It is wonderful to see these good friends take their music to unprecedented heights without compromising the heart and soul of the music. So let us all raise a cup to Grascals Groupies forever – Tom T. and Dixie Hall.