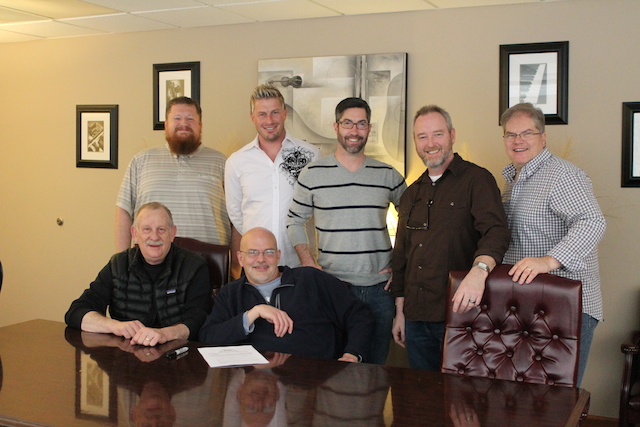 The band’s multi-award-winning banjo player Sammy Shelor comments: “Lonesome River Band is very excited about the opportunity to be a part of The Mountain Home/Crossroads Music Family. We look forward to recording this next project and having the support of such a great team. Thanks to Mickey Gamble and the rest of the team for making this a reality.”

The Lonesome River Band is a staple in Bluegrass and has remained a headlining act at major Bluegrass and Roots Music festivals for years. They continue their heavy presence as a sought-after live band as they begin work on this new album.

Mountain Home, based in Arden, NC, near Asheville, is home to some of the top bands in Bluegrass including Doyle Lawson and Quicksilver, The Boxcars, Balsam Range, Darin and Brooke Aldridge, The Grascals, and more.

The group begins recording in April with the new release planned for this US summer.

Mountain Home Music Company, a division of Crossroads Entertainment and Marketing, Inc., is a premiere Bluegrass label with global distribution, representing such elite artists as Doyle Lawson & Quicksilver, The Boxcars, Balsam Range, Darin & Brooke Aldridge and The Grascals. Established in 1993, Crossroads is a market leader in the Bluegrass, Southern Gospel, and Performance Track fields.http://crossroadsmusic.com/bluegrass