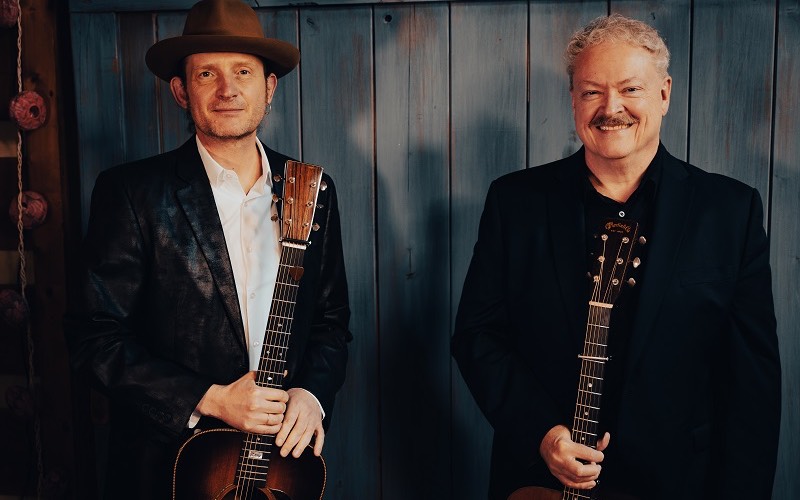 Mountain Fever Records has signed Tim Stafford and Thomm Jutz; two of the most prominent and prolific songwriters in bluegrass music. The pair are soon to release their forthcoming duo project, Lost Voices.

Their love for history, vintage guitars, and well-crafted songs brought the two together five years ago. “

I’m such an admirer of Tim’s writing, singing, and playing. Making a duo record with Tim was a logical step and a dream come true for me – Thormm Jutz.

Thomm is such a great, unique writer, player, and singer. We connected and found so many ideas that spoke to us both. Recording was a breeze – Tim Stafford.

These are new kinds of bluegrass songs, informed by mutual heroes Tony Rice, Norman Blake, John Hartford, and Gordon Lightfoot, yet not beholden to any prior influence, other than the influence of the American experience…they are both master guitarist and writers. Stafford is a Grammy-winner – and he earned about 6,000 (actually, close to 30) International Bluegrass Music Association trophies as a member of Blue Highway – they both have won IBMA prizes for Songwriter of the Year. Their lists of credits are practically unfathomable. You can look ’em up. – Peter Cooper.