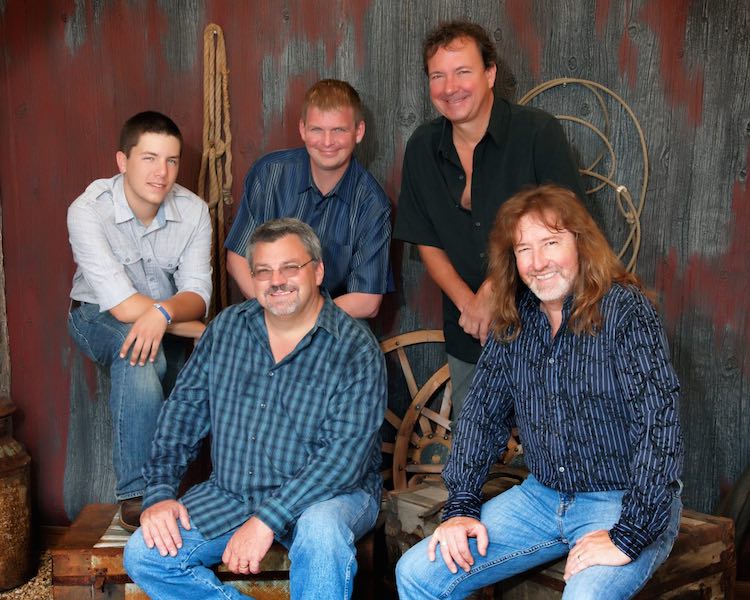 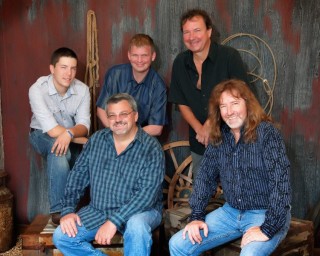 Mountain Fever Records has announced that they have signed one of bluegrass music’s most entertaining bands, Nothin’ Fancy to their label. The band is set to start work on their debut project for the label in August this year.

From the Shenandoah Valley in Virginia, Nothin’ Fancy is comprised of founding members Mike Andes on mandolin, Mitchell Davis on banjo, Chris Sexton on fiddle, Tony Shorter on bass and newest member, Caleb Cox on guitar.

Nothin’ Fancy was formed in 1994 to compete in a bluegrass competition but upon discovering the undeniable camaraderie between its members, has continued working together ever since, growing in popularity, and gaining a large fan base of loyal followers.

The band has released 11 full length albums, and continues to perform at festivals all across the United States and Canada, and have also performed in Norway.

Nothin’ Fancy is the 6-time winner of SPBGMA’s Entertaining Group of the Year, a fan voted award, and have successfully hosted the Nothin’ Fancy Bluegrass Festival since 2001 in Buena Vista, Virginia, making it one of the most popular outdoor festivals in bluegrass. Earlier this year, each member of Nothin’ Fancy was initiated as an honorary brother of Phi Mu Alpha Sinfonia, the world’s oldest and largest music fraternity, which has made it a mission to promote the best in music across America. This fall, the band will be inducted into the Virginia Country Music Hall of Fame, joining a prestigious list of previous inductees including Roy Clark, The Statler Brothers, Charlie Waller, and Dr. Ralph Stanley.

Nothin’ Fancy has been a near staple of the bluegrass business in the U.S. for over 20 years but they are much more than a bluegrass band. These guys entertain and command your attention every moment they are on stage and their music and comedy combine to make every show an event. We’re thrilled to add them to the Mountain Fever roster of great talent – Mark Hodges, President of Mountain Fever Records.

We are excited and honoured to be in the ranks of the great bands that Mark has brought together under the Mountain Fever banner. We know that Mountain Fever has a great reputation with very accomplished bands and we are looking forward to the collaborations to come with our new Mountain Fever family – Chris Sexton.

I am very excited for Nothin’ Fancy to be on the Mountain Fever label. This is where we need to be and I look forward to reaching the new goals that lie ahead – Mike Andes.