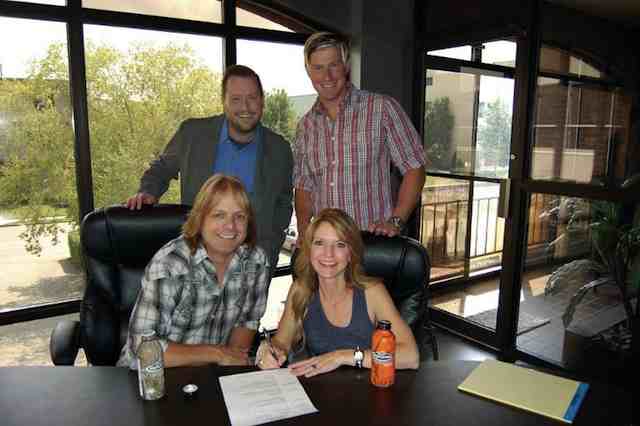 For Lee and Elaine the signing with Moonstruck Management for representation is another step forward.  Just as their sophomore Rural Rhythm Records’ disc debuts at Number 2 on the Billboard Bluegrass Albums Chart, they join an elite roster that includes Russell Moore & IIIrd Tyme Out, Sal Gonzalez, Lonesome River Band, Bobby Osborne & The Rocky Top X-Press and The Sleepy Man Banjo Boys.

Peter and I have been fans of The Roys since the beginning.  We have watched them closely – both as they burst on to the Bluegrass scene with their signature sound and gave performances that are their own and truly unique.  It is with great pride that we join The Roys’ team, and we look forward to growing with them for years to come – Josh Trivett, Moonstruck Management partner.

As the reigning Inspirational Country Music’s Bluegrass Artist of the Year, The Roys have just received nominations in three categories for the 18th Annual ICM Faith, Family & Country™ Awards scheduled to be held October 18.  The siblings were previously honored with the ICM’s Duo of the Year award in 2010 and 2009.