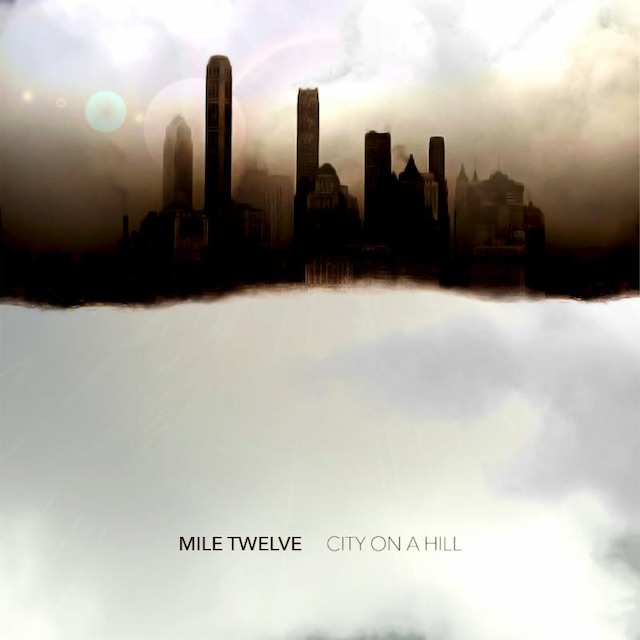 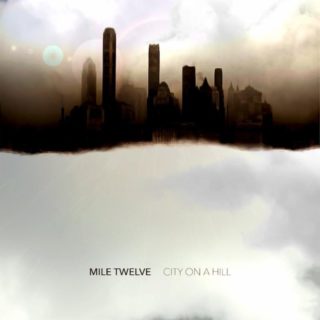 We all inspire each other and recognize that everyone has different strengths. What makes this band so collaborative is that everyone in the band can do something at a really high level. That’s the balance. We’re all challenging each other – Evan Murphy.

The new release has been praised by American Songwriter, WBUR, PopMatters, No Depression, and more. No Depression celebrated the band for their ability to tell modern stories and tackle tough topics lyrically. PopMatters premiered City on a Hill’s first single, City that Drowned, writing that the track is “driven forward by progressive instrumentation and ominous undertones,” and noting that the band “establishes themselves as a bluegrass outfit intent on telling a story… effortlessly conveying the track’s mystique whilst producing enough of a grooving rhythm to encourage swaying.” WBUR, the band’s hometown NPR affiliate, premiered “Journey’s End”, calling attention to the band’s “considerable musicianship” and “carefully calibrated dynamics.” The video for the song “Jericho” debuted at American Songwriter, the band again being praised for their “lyrical storytelling and impressive instrumentation.” 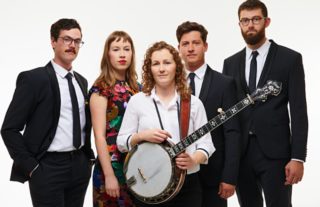 City on a Hill opens with Down Where the Drunkards Roll, a galloping version of the Richard and Linda Thompson-penned tune. Onward, the songwriting prowess of Mile Twelve shows up in a number of songs and laments seen through the eyes of a wide cast of characters. Jericho follows a modern war veteran’s struggle post-trauma. In Liberty, a Jewish immigrant tells their child the story of fleeing war to the United States of America. Innocent Again is a rollicking study of the stigma attached to one’s time spent in the penal system. The waltzing Barefoot in Jail and the dream sequence of Journey’s End roll right into album closer, John Cloyd Miller’s portrait of small-time life, Where We Started.

The album’s title alludes to the idealised imagery of a shining city on a hill; a historical phrase that is often used to describe Boston, MA, where the band got its start in 2014 after recognising each other as regulars of a Tuesday night bluegrass jam in a Cambridge dive bar. Honing in as a band, Mile Twelve caught the attention of now-producer Bryan Sutton with their debut album, Onwards.

I’m a fan of bands who strive for a balance of being musically unique and individualised, while at the same time working to include honoured traditions found in this music. This blend is not an easy thing to accomplish. Mile Twelve does this with well-honed and refreshingly honest songwriting, along with powerful playing, singing, and performing – Bryan Sutton.

Although their sound is rooted in traditional bluegrass, Mile Twelve surveys a broader landscape on their newest album, City on a Hill. All five band members bring their own influences and observations into the music, resulting in a project that feels contemporary, thoughtfully crafted, and relevant. Produced by Bryan Sutton and engineered by Ben Surratt, City on a Hill follows significant recognition from the bluegrass community, including three IBMA Momentum Awards. With members based in Boston and Nashville, the lineup includes David Benedict (mandolin), Catherine “BB” Bowness (banjo), Bronwyn Keith-Hynes (fiddle), Evan Murphy (acoustic guitar, lead vocals), and Nate Sabat (bass, lead vocals).