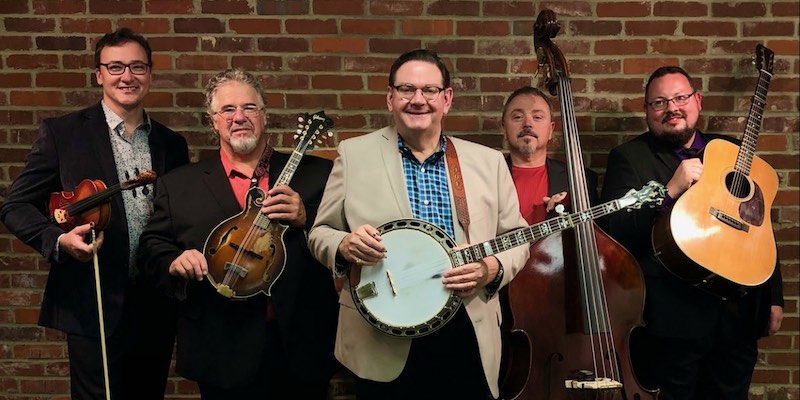 Welcome Jeff Parker to Joe Mullins and The Radio Ramblers. 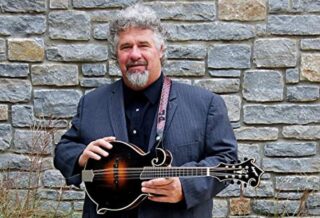 Mike Terry came alongside Joe Mullins and Adam McIntosh back in 2006. His mandolin and vocal styles helped define the band’s recognisable and award-winning sound that has been heard on all their recordings. Before touring full-time, Terry was a successful HVAC and plumbing contractor. With almost all touring halted for the past seven months due to the pandemic, the construction business is booming again, keeping Terry very busy while the bus has been parked.

It’s a very bittersweet time for our band. Mike has always been here through everything the band has created and accomplished. His vocal ability was so important in arranging so many of our favorite songs. And, he never forgot about the ‘fun factor’ when we hit the stage, the studio, or the record table! He is loved by our loyal followers and will be missed – Joe Mullins.

It’s been a lot of fun to play good music with good friends traveling many miles together. Thanks to Joe, Adam, Jason, and Randy for all the good times. I have met so many wonderful people playing music and it felt like a family everywhere we went. That, I will miss. But it’s time for me to stay home and be with my family. My construction business is keeping me plenty busy and I have two beautiful grandchildren now. Lastly, I would like to thank my wife, Theresa, for all the years of supporting our music, holding down the holler while I was gone and being a loving, patient woman. I’m thankful to all our friends and music family – Mike Terry.

But, the show must go on, and Jeff Parker is no stranger to fun, on stage and off. His elite profile as a vocalist, mandolin stylist, and all around entertainer has been one of the brightest for the past 20 years.

I’ve been a Jeff Parker fan for a long time, His work with the Lonesome River Band really captured my attention and then the whole world fell in love with ‘Parker’ during his 12 years with Dailey & Vincent. In my radio programming, I’ve consistently featured many songs from Jeff’s great solo albums, too – Joe Mullins.

I’m excited to have been asked to join Joe Mullins & The Radio Ramblers. The offer came at just the right time for me and I’m looking forward to creating music with one of the best bands in the business. The fun has already begun – Jeff Parker.

The new band lineup has recently performed a couple shows and have also begun work preparing for a new gospel album to be released in 2021. Joe Mullins & The Radio Ramblers host the twice annual Southern Ohio Indoor Music Festival. The November 2020 event has been cancelled, but everyone hopes to present the spring festival March 25, 26 and 27, 2021.

For more information on Joe Mullins & The Radio Ramblers and the Southern Ohio Indoor Music Festival, visit the band’s website.

Jeff began playing guitar at age six with his father and biggest influence, Vester Parker, who encouraged Jeff, imparting the lesson that you need to practice. You have to know what you’re doing, and keep learning.

Jeff started playing the mandolin after he saw his first live performance of the Russell Brothers. For ten years, he performed at Renfro Valley where he was broadcast in over 200 radio stations with its Renfro Valley Sunday Morning. In 2001, Jeff began his partnership with the Lonesome River Band, and in 2007, he joined with The Dailey and Vincent band. Jeff’s collaboration with these groups has only grew his reputation as a leading vocal and instrumental talent and leading personality in bluegrass music.