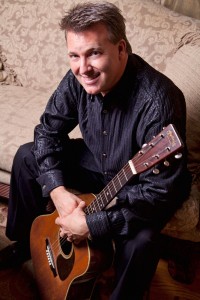 Rural Rhythm Records has announced that acclaimed entertainer, musician and songwriter, Mike Scott’s third tour of Israel.  Mike Scott & The Nashville Band will set out for an eight-day tour from 2nd to 8th May, 2012 that includes a headlining performance at the Jacob’s Ladder 36th Annual Spring Festival at the Nof Ginnosar Hotel in Magda, Israel on May 3-5, 2012.  The festival is located on the shores of The Sea of Galilee and is Israel’s largest family festival showcasing talent from around the world.  Mike and his band will be the only performers from the United States and are honored to represent their country at this festival.

From the 8th to 23rd July, 2012, Mike will begin a European tour with his longtime friend and fellow musician and singer-songwriter, Wayne Taylor. Mike will perform along with Wayne Taylor & Appaloosa as a Featured Artist for two weeks with performances in Norway, Germany, The Netherlands, and Scotland.

Mike can be seen on the upcoming RFD TV Special, David Frizzell & Friends. This TV Show was produced 15th February, 2012 at The Ernest Tubb Record Shop in Nashville, TN. The show airs on RFD TV 29th and 30th March, 2012.  Mike performs banjo as a featured artist with David on the song Always Late With Your Kisses which is a Lefty Frizzell Classic.  Other guests on the show will include: Mo Bandy, Jett Williams, and Jimmy Fortune.   Mike also recorded three songs on David’s newly released CD project, Frizzell & Friends that was recently released.

Not only is Mike busy with performances with his band, but he also regularly performs with Ronnie Reno & The Reno Tradition.

For a complete tour schedule and videos, please visit MikeScottMusic.com.