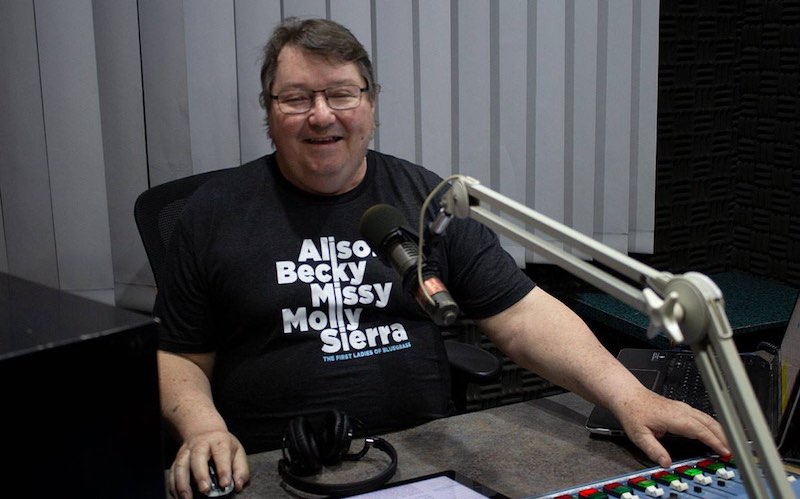 Radio host and long time broadcaster Mike Kear has been awarded Broadcaster of the Year in this year’s IBMA’s Industry Award category.

Mike was recently nominated for this years award back in August this year. We posted an article on Mike and his history and some information about the much lauded radio program Music From Foggy Hollow.

Mikle has developed a popular format for his radio show called Music From Foggy Hollow where he broadcasts a variety of new release bluegrass and acoustic roots music. His radio show is not just heard within his hometown of Windsor NSW, but Music From Foggy Hollow  is relayed globally through bluegrasscountry.org, the mainstay of bluegrass broadcasting in the USA. Bluegrass Country broadcasts bluegrass and roots music 24 hours a day 7 days a week on digital radio in Washington DC and through the Internet.

Since 2001, Mike has worked to build relationships with bluegrass artists, record labels, music managers and music promoters. This ensures his program has access to and can focus on new music from the industry, and indeed some tracks played on the show are yet to be released. Not many new music albums or singles are released in the bluegrass world without being on Music From Foggy Hollow.

In May 2012 Mike announced that he had broadcast his 500th show for Hawkesbury Radio.

Congratulation Mike on long overdue recognition for your work in public radio and bluegrass music specifically.