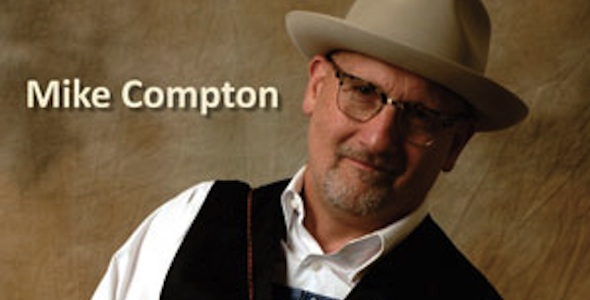 Mandolin player, Mike Compton has earned a worldwide  reputation as one of the modern masters of bluegrass mandolin, and is especially known for his personal take on the fiercely hard-driven, rhythmically intense style developed by the master of the genre, Bill Monroe.

Grammy award winner, nominated IBMA Mandolin Player of the Year, and musical US Ambassador throughout the world, Mike has been honoured with a State Resolution by the Mississippi State Senate, entertained at Carnegie Hall, and performed at the White House for dignitaries and the President of the United States.

A mainstay on the bluegrass circuit for the past 35 years, Mike has over 110 albums to his credit including the latest collaborations of Lost Souls and Free Spirits – Chris Jones and The Night Drivers (2012); Reason and Rhyme – Jim Lauderdale (2011); Blue Moon of Kentucky: Instrumental Tribute To Bill Monroe (2011); Memories of John – The John Hartford String Band (2010); National Ransom – Elvis Costello (2010) and his solo CD project Rotten Taters (2011).

Mike will be back again in February, 2013 for a 3 week bluegrass cruise, and he is booked for the Brunswick Festival with other festival and venue booking still in progress.

Mike Compton’s itinerary is set out below.