Midnight Skyracer – Shadows of the Moon 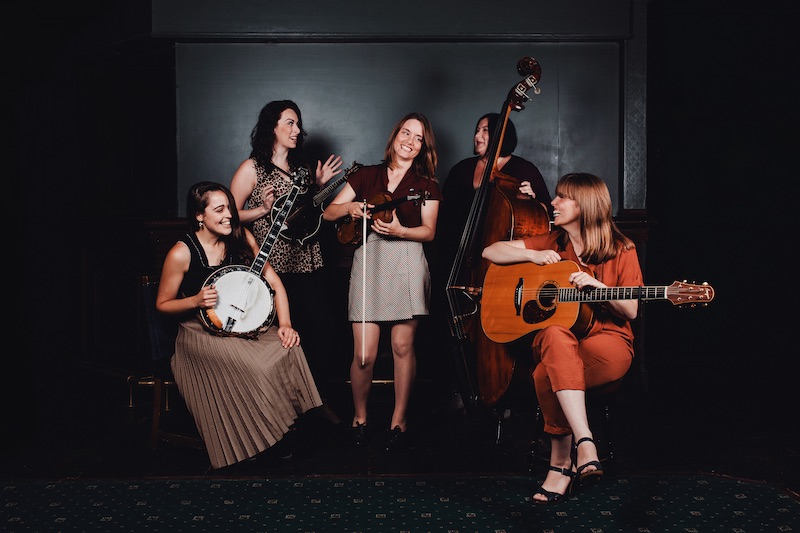 Midnight Skyracer have come a long way in a very short time. Their visit to Australia’s MountainGrass Festival last year won them many fans with their hard driving bluegrass sound.

Since forming in 2017, the Anglo-Irish all-female quintet have become festival sensations across the UK, Europe and Australasia, toured regularly at home and released a critically-lauded debut album. They also carry the distinction of being the first British act nominated for an award by the International Bluegrass Music Association.

Their all star lineup includes Leanne Thorose on vocals and mandolin; Tabitha Benedict on vocals and banjo; Eleanor Wilkie on bass; Laura Carrivick on fiddle and Dobro and Charlotte Carrivick on guitar. Not only are they all masters of their respective instruments, but the vocal harmonies shared between the five women are second to none.

The band has released their new album Shadows On the Moon on Island Records. The album was recorded at Peter Gabriel’s Real World Studios in Wiltshire UK, is a scintillating mix of hard-driven bluegrass and mountain balladry, both edgy and infectious, tender and tough.

Thanks to Evan Webb for the heads up on this one.

Shadows of the Moon Video: