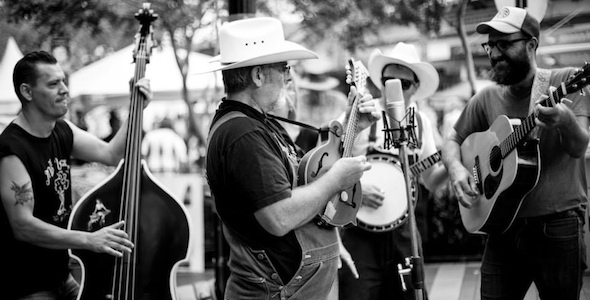 Scott Collins and his troupe The Mid North have just returned from Tamworth announcing  news of their week. After performing fifteen shows in ten days, and having lost their voices in the process, the group took out first place in the Battle of the Bands competition and also took first place at the Tamworth Buskers Competition which included 600 acts.

I’ve been to 11 gigs so far & buskers every day… Fave busker so far The Mid North – Kasey Chambers.

The Mid North are also in the process of recording their second album, commencing this coming February. We hope to be able to bring you more news on the recording as it develops.

The band’s first album You Were Right About the Stars  is among the Australian Bluegrass Shop’s best-selling album.