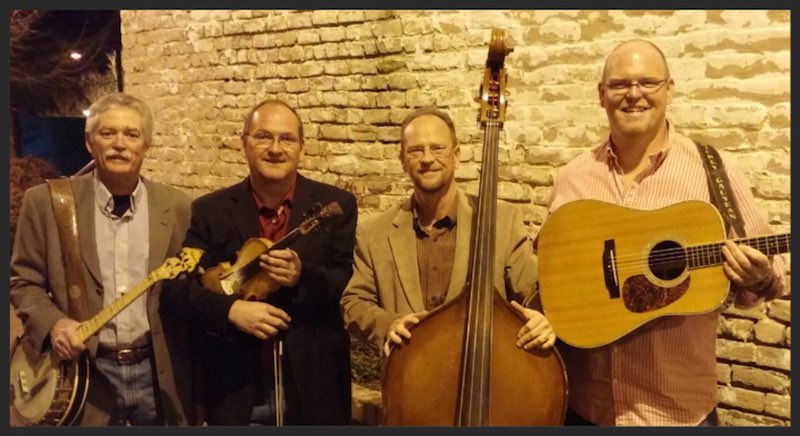 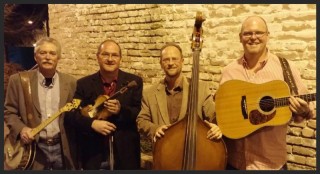 Hailing from the musically rich area of Lowgap, North Carolina, the group plays traditional bluegrass at its finest. The band recently finished recording its debut album for Rebel called My Daddy’s Grass. This album is due out later this summer.

Mickey Galyean was raised around bluegrass music. He is the son of well known musician Cullen Galyean, a prominent 5-string banjo player who was part of a very active bluegrass scene in a time when the music was gaining prominence in the Southeast. After Cullen’s passing in 2010, Mickey felt a strong desire to keep the beloved music of his father alive and in 2011, formed Mickey Galyean & Cullen’s Bridge in his dad’s honour. The group released one independent CD, Rolling with Tradition, before signing with Rebel.

It is a unique and very special event for Rebel Records to present this upcoming release by Mickey Galyean and his fine group Cullen’s Bridge. Mickey’s dad, the late Cullen Galyean was a special musician—one of the best 5-string banjo pickers of his era. As a young bluegrass fan, I was mesmerized by his picking. I became a friend and a follower, often driving long distances to hear him play. After starting our County Records label, we arranged to record his then current band The Foot Hill Boys, as well as a later record by the Border Mountain Boys. Mickey has absorbed and inherited everything he needs from his dad and his family, and we are excited to be a part of handing down this great musical tradition, from father to son – Dave Freeman, Owner, Rebel Records.

In addition to playing rhythm guitar, Mickey—with his strong and powerful voice—sings lead on a number of songs on the album. He is joined by Brad Hiatt who plays acoustic bass and sings some baritone, tenor, and lead, and contributes original material for the band. Billy Hawks is a veteran fiddle player who has won the Galax fiddle competition and worked with a number of prominent acts, including Doyle Lawson & Quicksilver, Big Country Bluegrass and Junior Sisk & Ramblers Choice. Rick Pardue plays banjo and sings tenor for the group. He is an excellent songwriter who won IBMA’s “Song of the Year” award in 2012 for the popular Bluegrass hit “A Far Cry from Lester & Earl.” Most recently, he won the prestigious Chris Austin Songwriting Contest at MerleFest. On this new recording he has another memorable cut in “My Daddy’s Grass“—a song that will resonate with many of today’s musicians who grew up in bluegrass families.

We are thrilled and excited to be a part of Rebel Records. It’s an honour to have our music associated with one of the oldest and most respected labels in bluegrass music and to follow in the footsteps of all the great performers who have been on the Rebel label throughout the years. We are extremely proud to bring our music and extend the rich legacy of Cullen Galyean’s songs to all the great fans of traditional music – Mickey Galyean.