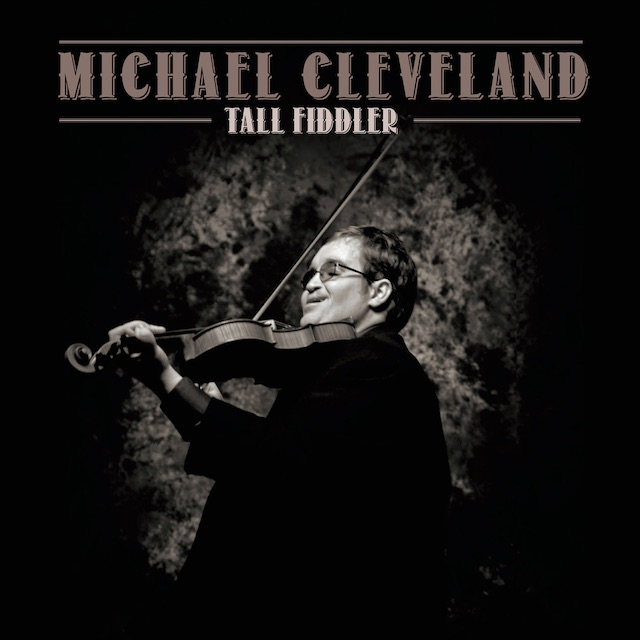 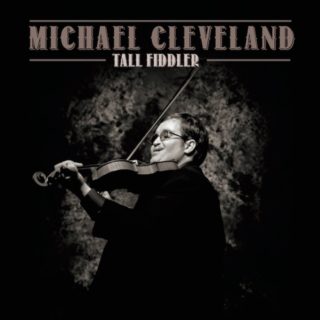 With a Grammy nomination and a record-setting 11 wins as Fiddle Player of the Year by the International Bluegrass Music Association, fiddler Michael Cleveland’s indomitable spirit, rare talent and work ethic have brought him to the pinnacle of his profession. His masterful playing attracts an all-star roster of guests on his upcoming release, Tall Fiddler, due out on Compass Records August 23rd.

Michael Cleveland’s new album is peppered with the same level of musical potency that first lit a fire in Cleveland, prompting him to form his band Flamekeeper, recently profiled in the inspiring documentary Flamekeeper: The Michael Cleveland Story, and take the stage.

“Untouchable.” That’s how Vince Gill describes the playing of Cleveland in the documentary, which shows us Cleveland’s path from child prodigy to the present. Cleveland lives up to Gill’s lofty praise, showing off the verve, dexterity and intensity that have made him one of the most transfixing performers today — of any genre.

Cleveland’s fellow musicians agree with Gill: No less than Del McCoury, a pillar of bluegrass, appears on Tall Fiddler, singing Beauty of My Dreams (Cleveland’s favourite Del song) with Flamekeeper vocalist Josh Richards. Elsewhere, Dan Tyminski harmonizes with Richards on the chugging Son of a Ramblin’ Man and the beautiful Mountain Heartache also featuring Jerry Douglas on Dobro. Tim O’Brien and the Travelin’ McCourys make appearances too, helping flesh out an album that, while a collaborative effort, is guided by the gifts of Michael Cleveland.

That isn’t to say, however, that Tall Fiddler lacks for nuance. Rather, Cleveland knows exactly

when to pull back and drop in some subtle, even unexpected notes.

It’s that crossover appeal that distinguishes Tall Fiddler a record that blends string music with country, jam-grass with folk, and is geared to introduce Cleveland — who, as he talks about in the Flamekeeper film, overcame partial deafness and being born blind — to a wider audience. Yes, bluegrass may be the Indiana native’s first love, but on this album, Cleveland rocks.

This is evident from the album’s first cut, which finds him riffing with guitar hero Tommy Emmanuel on the title track, a call-and-response battle between two expert duelers, each at the top of their game. He keeps the energy up on Tarnation, an original composition with banjo visionary Bela Fleck that finds both players racing toward an explosive finish. And on his version of Tennessee Plates, he embraces the greasy, soulful stylings of Memphis, interpreting John Hiatt’s irreverent tale of road trips and robberies with help from guest vocalist Sam Bush.

I like music that has some intensity to it. I like players that may not be the smoothest or the prettiest, but when it’s time to play, they just get in and get after it. I’ve tried to capture some of that here – Michael Cleveland.

That isn’t to say, however, that Tall Fiddler lacks for nuance. Rather, Cleveland knows exactly when to pull back and drop in some subtle, even unexpected notes. Chalk that up in part to the five-string fiddle — with its additional low-C string — that is his weapon of choice. On the rollicking Five String Swing, he calls you to attention with a series of double-stops, drawing sweet, plucky sounds from his bow. Elsewhere, on Lazy Katie, an instrumental written for his girlfriend, Cleveland is all precision and poise, allowing his fiddling to emerge unhurriedly in the spirit of the song’s title.

Gill is right to call Cleveland’s skills “untouchable.” It can also be tempting to sum up his playing as effortless. But that’d be selling the musician short. It’s remarkable, superhuman even, to imagine what Cleveland had to overcome to become the bluegrass superstar he is today — even if he humbly prefers to joke about his height rather than laud his own talents.

“I guess I don’t have to be an actual tall fiddler,” Cleveland says of his album title.

Up to date tour informatuion on Michael Cleveland can be found on the website.