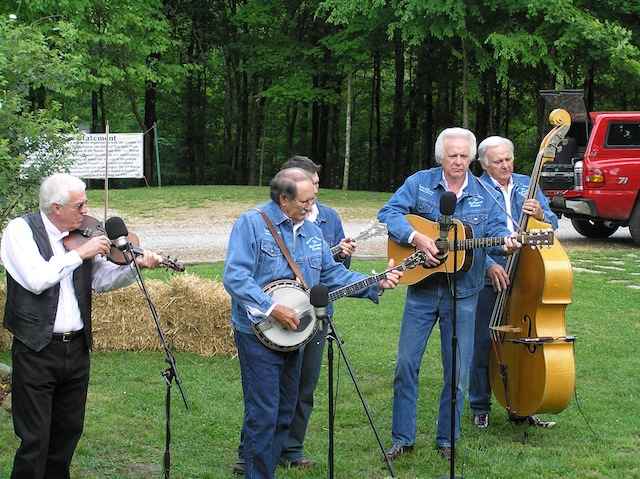 While traveling through Kentucky in 2007 Greg McGrath and I called into the village of Rosine to see the restored homestead which had belonged to the family of Bluegrass musician Bill Monroe, and where he had lived as youngster. We were told that there was to be a TV video recording done there on the following day and that we should try to stay over and be involved with the crowd. This we did and the featured artists were the McCormick Brothers. I videoed the event and Greg and I both took photos. I have attached a couple of these to the email.

Like me, you won’t recognise the young guys on the 1950s clip to the grey haired oldies that we met. I have also located a YouTube clip from the 2007 event but the quality is not very good.

When the organisers heard of their Australian visitors, Greg was asked to go up for a short interview (See video below.)

The music that day was outstanding.