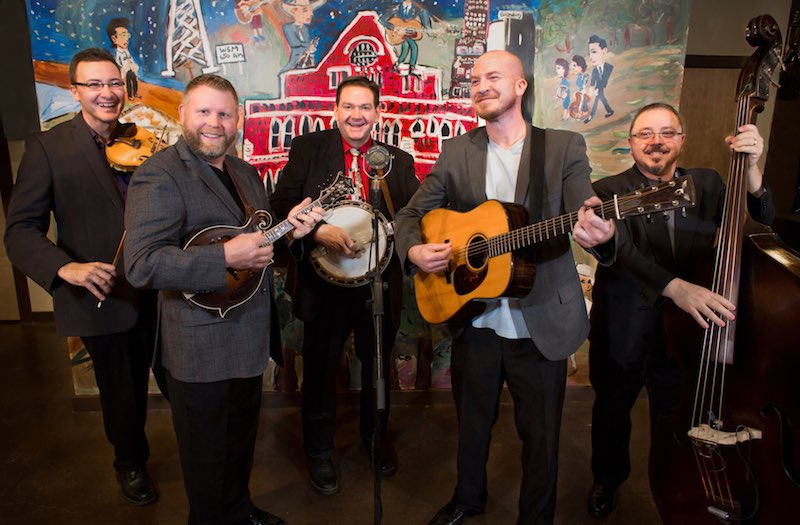 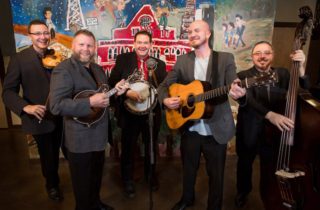 The annual L’il Margaret’s Bluegrass and Old Time Music Festival was chosen to be represented as an official Maryland Summer of Music event. A new tourism initiative aimed at highlighting Maryland’s diverse music scene over the summer months was recently launched by Governor Larry Hogan. Presented by promoter, Jay Armsworthy, this year marks the 30th anniversary of the festival that will be held on August 9, 10, and 11 at one of Southern Maryland’s “little hidden treasures”, the Goddard Farm in Leonardtown, MD.

The L’il Margaret’s Bluegrass and Old Time Music Festival is an event that was created by Joseph Goddard to honor his daughter, “L’il Margaret”. Once again, Jay Armsworthy is carrying on that tradition. The second weekend of August always brings many people from all over the east coast to the Goddard Farm for a family friendly camping experience and to listen to some of the country’s best Bluegrass music. Twelve of the finest traditional Bluegrass and hillbilly music groups from New York to Nashville will take to the stage this year. It will be one of the best talent lineups to date. 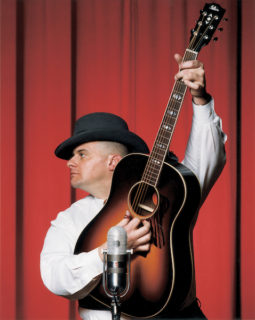 Appearing in concert will be: August 9, Ralph Stanley II & the Clinch Mountain Boys, Feinberg Brothers, and 15 Strings; August 10, Dave Peterson & 1946, Farm Hands, Williamson Branch, and the California Ramblers; August 11, Joe Mullins & the Radio Ramblers, David Parmley & Cardinal Tradition, Larry Stephenson Band, Mickey Galyean & Cullen’s Bridge, Cousin’s In Harmony, and a special reunion performance of past members of the Bluegrass Cardinals featuring David Parmley, Larry Stephenson, and Dale Perry. Troy Jones will be providing sound for the event and the festival promoter, Jay Armsworthy along with Jack Tippett will be your master of ceremonies.

Returning this year, by request, will be the Feinberg Brothers, Mickey Galyean & Cullen’s Bridge, and David Parmley & Cardinal Tradition. Also, with the exception of 3 local acts, 15 Strings, the California Ramblers, and Cousin’s In Harmony, the remainder of this year’s lineup are all first timers to Southern Maryland.

From Nashville, Tennessee: Dave Peterson & 1946 – he plays traditional Bluegrass from the era as his band’s name, 1946. He is a savvy independent recording artist and a bluegrass singer who cherishes tradition; Farm Hands – 2018 Bluegrass Music’s “Band of the Year”, they are one of the most exciting and in demand Bluegrass bands in America. This talented foursome features veterans of the world-famous Grand Ole Opry; Larry Stephenson Band – Virginia Country Music Hall of Famer and 5-Time SPBGMA Male Vocalist of the Year, Larry Stephenson is highly regarded as one of bluegrass music’s finest high lead and tenor vocalist and is always a Southern Maryland favorite. He has made numerous performances on the Grand Ole Opry and RFD-TV; and Williamson Branch – classy sassy and blue-grassy, but filled with high energy entertainment! They are a fun family with amazing talent.

Coming from the great state of Ohio brings us Joe Mullins & the Radio Ramblers. JMRR’s professionalism, engaging presentation, and successful, heavily played recordings have kept this band in demand with a national audience. Their energetic performances have placed them at the National Folk Festival, Bluegrass Underground, Bluegrass Nights at the Ryman, and the Grand Ole Opry. They are, indeed, a very traditional Bluegrass band.

From deep in the Blue Ridge Mountains of McClure, Virginia come Ralph Stanley II and the Clinch Mountain Boys. Ralph, known to many as “2” is the son of renowned legendary banjo player, Dr. Ralph Stanley. “2” takes on his Daddy’s name sake with the Clinch Mountain Boys. He has earned the respect of Stanley fans everywhere, and has garnered praise as a strong new artist in his own right.

As the tradition continues, the L’il Margaret’s Bluegrass festival will return to 3 days of festivities instead of 2 as it was last year. There will be food available for sale in the Goddard’s “Bluegrass Kitchen” providing the same home cooked food that they are known for as well as ice cream and non-alcohol beverages. There’ll be various craft vendors on hand. Also overnight camping is available and many acoustic music pickers are encouraged to bring their instruments and jam around the campers.

The event will be rain or shine. It is an outdoor event with a covered stage pavilion. Please bring you lawn chairs. All of the facilities on the farm are handicap accessible.

Admission is available at the gate for $65.00 each for 3 days. Individual day tickets can be purchased at the gate as well for $25.00 each (Thursday), $30.00 each (Friday), and $35.00 each (Saturday). Weekend advance tickets can be purchased for $55.00 each until July 14. You can order them in advance by sending a check or money order made payable to L’il Margaret’s Bluegrass along with a self-stamped addressed envelope to P.O. Box 741, California, MD, 20619. To buy tickets by credit card, go to www.brownpapertickets.com/event/3192724. Camping is also available for $30.00 per day to include electric and water hookups. Rough camping is available at $20.00 for the whole weekend. Camping can be purchased at the gate or to make a camping reservation, call the Goddard Farm at 301-475-8191.

To learn more about the festival, visit www.lilmargaretsbluegrass.com, the State of Maryland Tourism website at or call 301-737-3004.