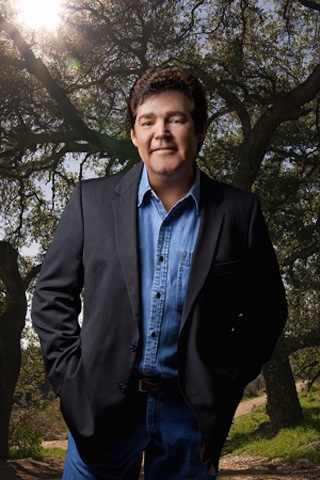 After winning the Pioneer Award by the ICM in 2005, Marty has continued his success with many hit songs, successful tours and TV appearances. The ICMs are dedicated to honoring and showcasing artists who perform Christian and Inspirational Country music inspired by Faith, Family and Country.

Rural Rhythm Records advises that Marty is currently receiving critical acclaim and chart success with several new albums and chart songs. “Southern Roots and Branches (Yesterday & Today)” on Rural Rhythm Records includes the new single, “Dirt Road Heartache” currently the #1 bluegrass song on the Bluegrass Today Top Airplay Chart. “Hand To The Plow” recently released on the Rural Rhythm Christian label, includes several extremely popular tracks including: “Working On A Building” with Trace Adkins, Jimmy Fortune, and T. Graham Brown, plus this chart single, “I’ve Seen What He Can Do” that was also released as a music video.

Marty has produced a remarkable list of career accomplishments during his impressive career including: 15 #1 singles, CMA, ACM, CGM and Grammy Awards and collectively sold well into the millions. Not only is Marty currently on tour performing at numerous festivals, fairs, churches and concert venues, but he can also be seen on many TV shows as well. He has three Rural Rhythm Records TV produced shows including his “Behind The Dream” feature on BlueHighways TV, “Bluegrass Comes To The Valley” TV Special which is a part of “Reno’s Old Time Music Festival” airing this September on RFD-TV, and the upcoming “Christmas The Mountain Way” airing later this year on BlueHighways TV. Marty also made several other recent TV appearances including the “Praise The Lord” show (TBN) where he performed “Working On A Building” with show host Jason Crabb, Jimmy Fortune, T. Graham Brown, and Buddy Jewell.

The 18th Annual ICM Faith, Family & Country Awards Show will be held 18th Oct., 2012 at the Schermerhorn Symphony Center in Nashville, TN. The organization’s next round of balloting begins soon. More details can be found at www.ICM-Awards.com and www.ccma.cc.