Martha and Mary by Nu Blu 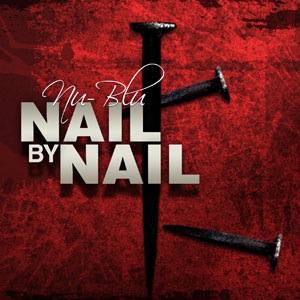 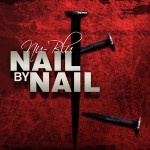 Pinecastle Records has announced today’s new single, “Martha and Mary” by Nu-Blu. The song was written by Becky Buller and Nancy Cardwell and appears on Nu-Blu’s first gospel album, Nail by Nail set for release 30th October, 2012. The single has been serviced to bluegrass radio stations and is also available at AirplayDirect.com.

Fans can listen to the new single “Martha and Mary” plus pre-order a copy of Nail by Nail at pinecastlemusic.com and get an instant download of the track, “Martha and Mary.”

The story of Martha and Mary is one of the great Gospel stories of the Bible. Nu-Blu’s latest single, ‘Martha and Mary’ reminds us that there is a little bit of Martha and a little bit of Mary in each of us. Talk about getting a listener – any listener – to relate to the song’s message, Nu-Blu has a sure-fire winner in this song, destined to be a favorite among fans and radio programmers alike – Brian McNeal, Prescription Bluegrass.

This energetic bluegrass band, consisting of Daniel Routh, Carolyn, Routh, Levi Austin and Austin Koerner, has certainly proven to have crossover success in a variety of genres.  They have been featured in numerous Bluegrass publications including the April 2012 issue of Bluegrass Unlimited Magazine. Their single, “Spin On A Red Brick Floor” from their Nights album debuted at #10 on the Euro Americana Chart and spent five weeks on the Americana Music Association’s Top 40 chart.  Nu-Blu were the winners of the Country Band of the Year Award by the Carolina Music Awards in 2010 and were nominated by the organization again last year as the Country/Bluegrass/Americana Group of the Year.