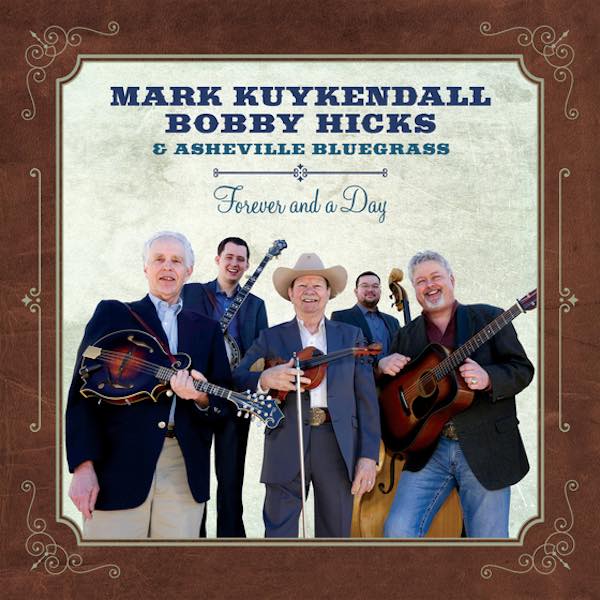 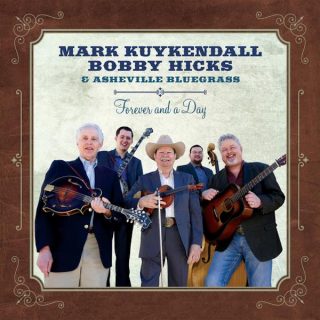 On July 7th Rebel Records will release Mark Kuykendall, Bobby Hicks & Asheville Bluegrass’ second Rebel recording, Forever And A Day (REB-1865). The new album is now available for pre-order through iTunes, Google Play and Amazon. Consumers who pre-order it will receive an instant free download of the album’s first single, “I Don’t Have the Want To Anymore.”

Mark Kuykendall and Bobby Hicks are bluegrass veterans who have a combined 110 years of professional experience between them. By the age of 14, Mark Kuykendall had already played on the world famous Grand Ole Opry and had performed and recorded with many of his Western North Carolina heroes including Raymond Fairchild, Ralph Lewis, Marc Pruett and others. He went on to work with the King of Bluegrass, Jimmy Martin, and the Father of Bluegrass, Bill Monroe.

Bobby Hicks needs no introduction to the bluegrass community—he is a legendary fiddler who began a celebrated career as one of Monroe’s finest band members and, as a young Blue Grass Boy, took part in many of Monroe’s classic twin fiddle and triple fiddle instrumentals. Hicks would later go on to play with Porter Wagoner, Mel Tillis and Ricky Skaggs (performing on Skaggs’ most successful recordings and winning 10 GRAMMY® Awards along the way).

Forever And A Day never leaves you in doubt that it is a straight-ahead, traditional bluegrass album. It contains a well-balanced selection of old favourites like “Roust-a-bout,” “We Live in Two Different Worlds” and Ernest Tubb’s “Journey’s End.” It also features a few gospel numbers including “I’ll Follow Jesus,” the Jim Eanes-classic “In His Arms I’m Not Afraid” and Monroe’s “Wicked Path of Sin.” Kuykendall, who penned five originals on their debut release Down Memory Lane contributes two new ones here: the title track and the catchy, country-flavored first single “I Don’t Have the Want To Anymore.” In addition, a couple of instrumentals showcase the extraordinary range of Hicks’ dazzling fiddle work—from the jazzy sway of his own composition, “Zuma Swing,” to a gorgeous version of the popular “Ashokan Farewell.” Hicks even gets to fulfill a life-long dream of his by singing lead on one of his favorite Hank Williams songs, “They’ll Never Take Her Love From Me.” 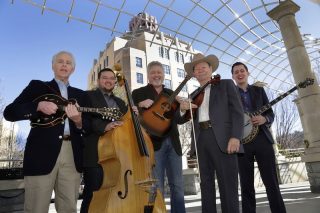 The talented members of Asheville Bluegrass are an integral part of the band’s overall sound. Seth Rhinehart plays banjo with an intuitive understanding of the music. His tone, rhythm and taste are impeccable whether on backup or lead, and his versatile touch can adapt to accommodate any type of material. Mike Hunter’s experience playing mandolin with Jimmy Martin and other bluegrass pros leaves him well primed to handle the subtleties required to meld with a band of this caliber. He picks with a smooth, straightforward approach and flawless timing. Bass player and vocalist Nick Dauphinais brings a playful and deliberate style to the group. His tenor singing is an equally important component contributing to the band’s overall effectiveness.