LRB – Coming Back Home To You 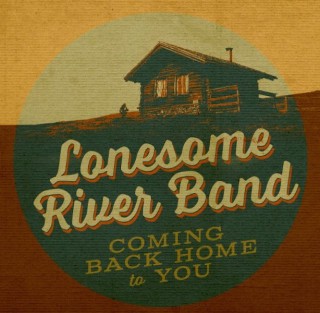 Lonesome River Band is proud to announce the release of a special compilation album of their earlier Mountain Home releases. Coming Back Home To You includes selections from Window Of Time, Head On Into Heartache and Road With No End albums.

Coming Back Home To You is now available in both physical and digital formats at stores, online, and at your next Lonesome River Band performance.

Each track was hand selected by Sammy Shelor and the band in response to fan requests for some titles that were no longer available in CD format.

The time between 2002 through 2006 were years of transition for Lonesome River Band. We feel this is a great representation of songs and personnel of those years of the three albums released by Mountain Home. We hope you enjoy – Sammy Shelor.

Coming Home To You includes tracks from these previous albums:

The band’s other current Mountain Home Music album, Turn On A Dime, continues its success with three tracks garnering 2015 International Bluegrass Music Association (IBMA) Award Nominations for: “Her Love Won’t Turn On A Dime” for Song of the Year, “Cumberland Gap” for Instrumental Recorded Performance of the Year, and “Holding To The Right Hand” for Gospel Recorded Performance of the Year. Shelor, a five-time IBMA Banjo Player of the Year Award Winner, received another nomination in that category.

LRB fans can pick up their autographed copy of Coming Back Home to You at one of their numerous live performances including September 4 at the Kentucky Bluegrass & Bourbon Experience (Louisville, Kentucky.), September 5 at their sold out show at Bluegrass Underground (McMinnville, Tennessee.), September 6 at the Floyd Yoga Jam (Willis, Virginia.), and many other events.

The history of Lonesome River Band, along with more information on the award-winning talents of Sammy Shelor, Brandon Rickman, Mike Hartgrove, Barry Reed, and Jesse Smathers, can be found at lonesomeriverband.com.